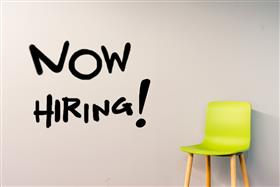 Chennai, India and Palo Alto, CA, USA, Sept, 2019 -- Less than a month since artificial intelligence and tech firm Uniphore, announced it had secured Series-C funding, the company has given a glimpse of its proposed investment roadmap to CNBC-TV18.com.

"Our largest funding till date allows us to push in multiple different directions, especially in markets like North Africa, Japan, Australia and Asia," said Uniphore co-founder and President (APAC), Ravi Saraogi. In India, Uniphore is applying special emphasis on expansion, especially on the talent acquisition front. "We hope to employ 300 people by the end of 2019, 200 of whom will be hired in India alone," Ravi added, "Around 50 to 60 of our new talent will be based in the US, Asia-Pacific and Europe by the end of this period."

A significant portion of Uniphore’s Series C funding, led by March Capital Partners will be dedicated to enhancing domain presence in HR, engineering and delivery — again out of India. "The idea is to keep growing revenues, expand our base and capture overall market share in the region," said Ravi.

In August, Uniphore CEO, Umesh Sachdev spoke exclusively to CNBC-TV18 on his company’s largest round of funding, emphasising on the need to capitalise on the call centre industry as a prime prospect for the implementation of artificial intelligence. "By 2021, nearly 70 percent of this market will integrate with artificial intelligence systems in place," said Ravi, in agreement, "So, the current focus is to go ahead and capture as much market as possible."

Part of the plan to getting this done would be for Uniphore to ramp up investments in product, on a priority. Ravi said that the company’s collaboration with tech institutes like IIT Madras has enabled it to apply special focus to R&D and engineering, to help achieve this quicker.

Uniphore is the global provider in Conversational Service Automation with offices in the U.S., India, and Asia. The Company’s vision is to disrupt an outdated customer service model by bridging the gap between human and machine using voice, AI and automation. So that every voice, on every call, is truly heard. Uniphore enables businesses globally to deliver transformational customer service by providing an automation platform where digital agents take over transactional conversations from humans, coach agents during calls, and accurately predict language, emotion and intent. All in real-time. Conversational Automation & Analytics, Conversational Assistant and Conversational Security elevate how enterprises support and engage their customers, build loyalty and realize efficiencies.