News : Two Million Calls to the Government’s Helpline have been Abandoned 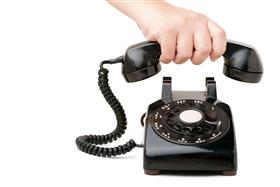 London, UK, May 28, 2019 -- More than two million calls to the Government’s Universal Credit helpline have been abandoned as people struggle to get assistance in claiming the controversial benefit.

One in seven people have abandoned their call before getting through since 2016, according to figures obtained by the JPI Media investigations team from the Department for Work and Pensions.

With the second half of the Universal Credit roll-out now just weeks away, the number of abandoned calls is growing.

But the DWP’s Freedom of Information response said it included callers who were informed by an automated message they could deal with their enquiry online and who did not need to continue the call.

She said: "It was meant to simplify social security, but instead people face a series of hurdles when making a claim, from the requirement to claim online to the five-week wait for payment.

"It frequently fails to take into account basic realities such as the way people are paid. People should not have to repeatedly face barriers to receiving support."

The controversial benefit has now been introduced for all new claimants in every part of the UK and its introduction to a further three million people claiming old-style benefits is to begin with a trial in July. It has to be claimed online.

Four-fifths of complaints to the DWP about making a Universal Credit claim mention difficulties with the online process, such as system crashes or lack of access to the internet.

The helpline, which answered 7.8m calls last year, has already had to be changed to a freephone number after pressure from campaigners.

The department has faced repeated criticism for under-staffing the support system behind the controversial benefit.

Many claimants of Universal Credit describe bewildering layers of bureaucracy, with frequent mistakes made.

The DWP’s response said the data should be treated with caution as it was gathered from unpublished management data had not been quality assured to official standards.

A DWP spokeswoman said: "Since January this year we have answered almost 3.4m calls to the helpline and latest figures show that people wait less than three minutes on average before their call is answered.

"We regularly review our staffing levels to ensure we have the right number of people available to answer calls and we reallocate resource where necessary."