News : UP 100 to Finally be Launched in Gautam Budh Nagar on Thursday 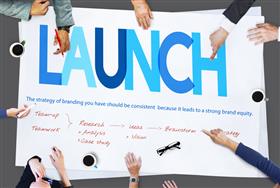 Noida, India, Dec 14, 2016 -- The UP 100 project meant to strengthen security and surveillance system in the state, will finally be launched in Gautam Budh Nagar by state minister Yasar Shah at 1 pm on Thursday.

The project, which saw a statewide launch by the UP CM Akhilesh Yadav on November 19, is already operational in Lucknow and 10 other districts of the state.

The CM had inaugurated the centralised contact centre in Lucknow for the project and flagged off the PRVs (police response vehicles).

Under the project, a resident of UP can call up the 100 number and his call will be picked up at the Lucknow centre, from where directions will be given to the police station of the district concerned. Two sub-centres, on lines of the Lucknow centre are being set up in Allahabad and Noida.

The project's launch in Noida would be done from the SSP office in Sector 14 A by state minister for Stamp and Registration Yasar Shah. Shah would flag off the 36 police response vehicles (PRVs) that the district has received under the project.

Gautam Budh Nagar has received 27 Innovas and 10 Boleros under the project out of the total 74 vehicles it has to receive. "36 out of the total 37 vehicles will be unveiled during the launch. The bikes are yet to arrive," SP (traffic) Prabal Pratap Singh told TOI.

The vehicles had to arrive by November 15 but got delayed by almost a month, also delaying the launch of the project in the district.

These PRVs will be sent to the spot to manage any kind of emergency situation after a call is received at the main centre of UP 100 in Lucknow.

Under the project, a resident of UP can call up the 100 number and his call will be picked up at the Lucknow centre, from where directions will be given to the police station concerned. Here, decisions like how many PRVs to be sent to the spot, whether or not FIR is required to be lodged, etc, will be taken by "despatch officers".