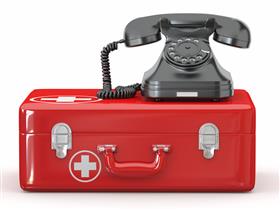 "This single helpline number 112 will reduce the response time. Route chart of 112 should be prepared and positioning at district, station level should be done," Adityanath said at the launch event.

He said people do not need to remember different numbers for different tasks now. All emergency services have been integrated for the task, he added.

He said many states have adopted the emergency service 112, a changed name for 'Dial 100', which is being started in Uttar Pradesh.

"We need to carry forward 112 as an integrated emergency service. Efforts should be made to promote it from today itself," he said.

Talking of 'Savera' initiative, Adityanath said in many places, especially, the urban areas, elderly couples live alone and they do not have any support.

"Savera initiative will instil new confidence in them. We should also take similar initiative for women safety as well and set up cell at police station-level, linked to women safety," he said.

Noting the initiative to link together 108, 102 medical services, 1090 women power helpline, 181 women helpline, CM helpline, ambulance and other such services, he said it can become a good example.

The chief minister lauded the efforts of UP police for maintaining law and order across the state, besides the successful completion of Kumbh in Prayagraj, Pravasi Bharatiya Divas in Varanasi and Lok Sabha elections, the release added.