News : UP Extends Ambulance Service Under 112 Helpline to Tourists 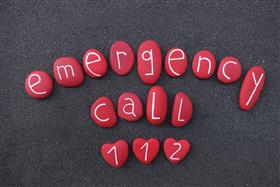 Lucknow, Nov 20, 2020 -- To boost tourism, the Uttar Pradesh government has decided to extend ambulance service under the emergency helpline number 112 to tourists, including foreigners, visiting the state.

A senior official said the 112 facility is now available in 18 languages and the state government has roped in volunteers proficient in foreign languages to cater to foreign tourists.

"In case a tourist falls ill, ambulance assistance will be provided to them by 112 personnel," said Asim Arun, the Additional Director General of 112 facility.

"Many citizens are serving as volunteers to speak in foreign languages. Considering the number of foreign tourists, volunteers are offering their services for languages ?such as English, French, Spanish, Urdu, Malaysian, Korean, etc.," he said.

He also said that tourist police facility is available in Lucknow, Agra, Mathura, Kushinagar and other districts of the state.

He said, "112-UP coordinates with the tourist police in these cities to provide assistance to tourists. Police Response Vehicles act as a bridge between tourists and administration/district police."

Additional Chief Secretary (Home) Awanish Kumar Awasthi said that 112 personnel are being trained on the kind of help tourists may need in an emergency and how to help them.