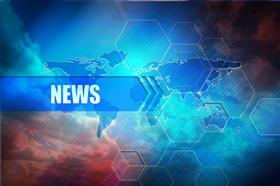 The decision came down in a New Haven, Conn. courtroom late Tuesday afternoon after a hearing lasting nearly three hours.

The deal must be finalized by Friday, according to Business Minister Geoff MacLellan.

"They will have to take some time (Wednesday) morning to officially conclude the process," MacLellan said moments after the decision came down.

He said the move was "encouraging" with a new owner ready to step in after the sudden closure of the call centre two weeks ago.

"During the court process (Tuesday) our solicitors brought forward a requirement that was put in writing for all three bidders that this call centre would remain intact in Sydney.

"We were guarding against breaking up the call centre and moving it elsewhere. The fact all three bidders committed to that in writing was a testament to the value of the workforce that we have in Cape Breton."

The ServiCom call centre, located at the Sydney Shopping Centre, will now be called The Sydney Call Centre Inc. It has already set up a domain name.

The new company will not take any responsibility for ServiCom’s liabilities including back wages owed to the more than 500 employees. Some staff members have three to four weeks of pay owing to them.

MCI Canada plans to enter into a nine-year lease in order to run the shuttered facility.

"We are aware of the debt structure and asset-light nature of JNET, ServiCom, and ServiCom Canada businesses and are disappointed that no reasonable level of consideration to the bankruptcy estate will ever make its way to the displaced ServiCom workers," MCI CEO Anthony Marlowe said in a release issued Tuesday.

"We will do as much as possible to assist the workers impacted and have decided to provide an employment offer to ServiCom workers that will include sign-on and retention bonuses. We hope that this will help lessen some of the financial impacts of the closing."

Former ServiCom Canada site director Todd Riley will be meeting with Marlowe when the Iowa businessman touches down in Sydney late Wednesday. A meeting with all employees to give them an opportunity to speak with their new boss is being scheduled for Thursday.

Riley said he will be reaching out to ServiCom’s former clients, particularly Sirius XM, which transferred some work to the Concentrix-operated Convergys call centre in Glace Bay following ServiCom’s closure.

"It was just a really smart move by (Sirius XM) to ensure there was gainful employment for some of our agents and supervisors that may have needed some work during this time," he said.

"We are working with (Sirius XM) and Concentrix to ensure a smooth transition (back to the Sydney call centre)."

It’s Riley’s understanding that all employees laid off on Dec. 6 will be rehired by Marlowe’s company.

An opportunity to keep ServiCom open during the sales process fell through on Dec. 5 between MCI Canada and Coral Capital Solutions, which regularly purchased ServiCom’s accounts receivables to allow the necessary cash flow to meet the call centre’s payroll obligations.

Coral Capital was unwilling to release money to ServiCom through its reserve fund because it still had receivables to collect from ServiCom’s contracts.

It resulted in the immediate closure of the two call centres the next day.

Marlowe, 39, based in Iowa City, is the founder of MCI, which is a holding company for the call centre and digital technology businesses he operates – Mass Markets, Gravis Apps and OnBrand24.

He said the MCI leadership team has been "inspired" by how the general public and government agencies in Cape Breton have rallied around the laid off workers.

"We are launching MCI Canada, The Sydney Call Centre, because of the amazing community, high aptitude workers, outstanding regional officials and committed clientele," he said.

Marlowe said he hopes to reopen the call centre by Jan. 2 or "as soon as possible after that," at which point it’ll begin operation with "inbound and outbound customer service, technical support, and inside telesales programs," according to the release.

The biggest Mobile communication company of Iran with about 60 Million clients.