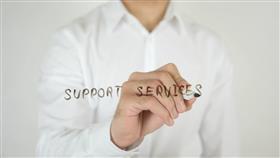 New Delhi, India, Aug, 2017 -- There's help at last for anyone in Uttar Pradesh who thinks local officials are given to lethargy and procrastination. By early next year, the state government proposes to operationalise a 1,000-seater grievance cell in Lucknow —to be christened 'Chief Minister's Helpline' —which will be capable of handling as many as 80,000 calls a day from harried residents from across the state on a single toll-free number, a top state government official told ET.

The set-up, to be monitored by chief minister Yogi Adityanath through a special dashboard, will allow 55,000 outbound calls per day for followup action, right up to the block level where officials are responsible for resolving issues. Complainants will receive a commitment through text message on their mobile phone, specifying the "minimum time" required to resolve the problem.

Grievances will be automatically escalated to higher officials at the district headquarters, then to divisional headquarters and ultimately to top officials sitting in Lucknow if a complainant is not satisfied with the resolution. The 24*7 call centre will be privately run to ensure complaints are listened to by operators without bias, and analytical reports will be prepared for the UP government, suggesting how services can be improved.

"The biggest problem in UP is officials not listening to complaints from people. They are made to run from pillar to post and nothing moves without corruption," the official cited earlier said.

"This CM's helpline will arm citizens with a big power - of simple calling up a number and reaching the CMO with their grouse and getting an assured timeline for redressal. We want to solve citizens' grievances at their doorstep in a time-bound manner."

The official said, "People have been coming all the way to Lucknow to the CM's 'janta darbars' to get the complaints listened to. People will be greeted with CM Yogi's message in Hindi when they make a call to the Helpline. The state's existing Integrated Grievance Redressal System (IGRS), named Jansunwai, gets about 6,000 complaints daily.

But these complaints can only be lodged online and not by making a call. "Hence, the CM's helpline will provide citizens a reliable and convenient input channel to communicate their grievance by simply placing a call to a toll-free number from anywhere in UP," the official said. As per the proposal reviewed by ET, the aim is to have "satisfied and content citizens".

Calls pertaining to emergencies like law and order or medical emergencies will be transferred by the helpline to the existing 'UP 100' service, which will be integrated with it.

The state government will nominate 10 officials from the departments that receive the maximum number of complaints and they in turn will train some of the private call operators to become subject matter experts on processes and schemes of various departments.

Complaints received in writing at the chief minister's 'janta darbar' or as letters will also be digitised and handled through the call centre. A key feature of the system will also be capturing suggestions and feedback from citizens. As per the proposal, one of the main objectives of this programme is "not only to run a call centre but also to collect information for the government so that it can achieve better quality of service for the residents".