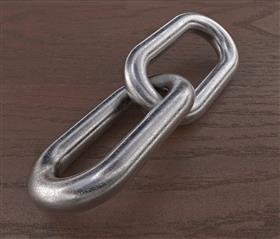 Varazdin, Croatia, Aug, 2021 -- The company Varazdin City Connect from Northern Croatia has done remarkably well for such a young company, and has now become part of the Swedish Transcom company.

As Novac/Bernard Ivezic writes, the Swedish company Transcom, which entered the Croatian market fourteen years ago in parallel with Tele2, to which it provided call centre services from Vukovar, has taken over Varazdin City Connect.

The Varazdin City Connect company grew to 425 employees last year, of which 340 are located right here in Croatia. Now, in the middle of 2021, thar figure is even higher, with 620 employees, both in Croatia and in nearby Macedonia and neighbouring Slovenia.

Marko Dagelic, President of the Supervisory Board of City Connect, says that their business with the Swedish company Transcom is extremely good.

''The current owners and management of the Varazdin City Connect company have entered into the co-ownership of Transcom and took over the management of Transcom's positions in the Adriatic region, and with this business move, Transcom has become the dominant BPO service provider with more than 3,000 employees,'' explained Dagelic.

He stated that this was a key reason for the acquisition, as it will allow for greater and easier growth and better service delivery to global clients, as well as greater availability of labour and language skills.

Jonas Dahlberg, President and CEO of Transcom, said that Transcom has significantly improved profitability over the years, developed a strong digital offering and is now growing rapidly in attractive segments such as e-commerce and technology.

Dagelic from the Varazdin City Connect company added that from their perspective, business is good because of the similar cultures and values ??shared by Transcom and City Connect, but also because they complement each other.

''With Transcom's well-managed operations in Albania, Bosnia and Herzegovina, Croatia and Serbia, we now have a presence throughout the region and additional resources to provide superior services throughout the Adriatic region, serving not only the German market but also large multilingual and international clients,'' said Dagelic, adding that as part of this move, they didn't sell the project of the previously announced future data centre in Varazdin.

Transcom's staff of skilled customer service employees handle more than two million contacts per month on behalf of clients that range from small and mid-sized businesses to a "blue chip" list of large multi-national companies. It's a truly global corporation that manages a fast-growing customer base from U.S., Canadian and overseas companies in financial services, telecommunications, cable broadcasting, automotive, entertainment and other market sectors.