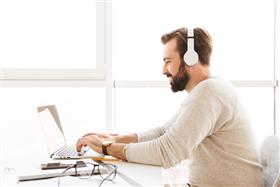 Little Rock, AK, USA Mar, 2018 -- Verizon said this week that will transition 600 employees from its call center in Little Rock to working from home by October.

The center is located at the company's five-building, 700,000-SF complex at One Allied Drive, the former Alltel Corp. headquarters.

Verizon said it plans to keep the complex. Spokeswoman Jeannine Brew said the company hasn't determined whether it would lease space left open by the move, but other employees work in the building and will remain.

Brew said there wouldn't be significant savings from the transition. She said Verizon will still operate the building because it houses other operations and it will still provide the equipment call center employees need to work from home.

But she said the ability to work from home was something employees asked for, and it will offer them a more flexible schedule.

The company had been trying a home-based model, and when other employees heard about it, they wanted it, she said. Verizon decided to capitalize on the momentum while the timing was right, she added.

"It's really just an evolution of our business model, but it's one that our employees have really embraced and really wanted to take part in. It gives them so many options," she said. "So they can balance their personal and professional lives better."

Employees who don't want to work for home can seek another position with Verizon, transfer to one of the company's call centers in another state or accept a severance package, Brew said.

Verizon has transitioned six other centers to the home-based model. Those are in Minnesota, South Carolina, Alabama, New Mexico, Ohio and Tennessee. Some of the call center buildings continue to house other employees and operations like the center in Little Rock, Brew said.

Ten other call centers will remain as is, she said.

Brew also emphasized that seven call centers are transitioning, not closing, and none of the call centers' employees are being laid off.