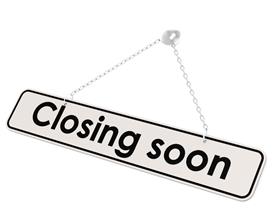 Huntsville, AL, USA, July 27, 2018 -- After just over a decade at Research Park, Verizon's call center is getting ready to close it's doors.

The company announced back in February that they would be fulfilling the terms of their lease obligation and then would vacate the building.

Verizon opened the call center in Huntsville back in 2007.

Spokeswoman Carolyn Schamberger told WAAY 31 in an email that they are transitioning to a work-at-home style of business model instead of maintaining some of their brick and mortar stores.

Schamberger said about 660 employees will work at home.

She added that those who can't work with that option, but want to remain at the company have options like finding another position in the company or relocating to a brick-and-mortar store.

Huntsville is just one of six such call centers that Verizon announced it will close. Others exist in Little Rock, AR; Mankato, MN; Albuquerque, NM; Hilliard, OH; and North Charleston, SC.

The Communication Workers of America represents 700,000 workers in the United States, Puerto Rico and Canada.

The CWA raised concerns about the closure back in March and said the move would eliminate 3,000 customer service jobs.

The union argues that "The new home-based jobs require workers to be able to work split shifts, weekends and holidays, have high-speed internet at home and an extra room with total quiet -- conditions that many working families cannot meet."

"If this is not a layoff, as Verizon Wireless claims, all workers at the six affected centers should get to keep their jobs. If workers don't qualify for home-based positions, Verizon should provide nearby office space and not force workers to relocate hundreds or thousands of miles away from their current jobs," said Dennis Trainor, CWA District 1 Vice President and chair of CWA's Wireless Workers United.

The change marks the second notable shift in jobs at the Huntsville site in the past two years. In 2016, 175 Verizon jobs in Huntsville were moved to Maryland as part of a broader company plan that involved closing five call centers.