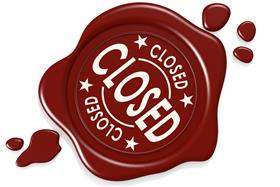 Henrietta, NY, USA, Jan 27, 2017 -- The Verizon call center in Henrietta is now officially closed. The company announced last fall it would be closing the center on Calkins Road to relocate it to sites where Verizon has the extra capacity and room to grow.

There were about 600 people working at the facility in Henrietta. It closed as of Friday. A spokesperson says that some of the employees have been able to get jobs with Verizon in other locations around the U.S., although she did not have a specific number.

Bob Duffy, president and CEO of the Greater Rochester Chamber of Commerce says while Verizon did give local officials some advance notice about the closing, he hopes that in the future, companies will seek out assistance from government or business leaders to see if there’s a way to keep them here.

"What are the factors, can we help in some way, can we keep those jobs here, because while some people will say that call center jobs are not high-level, you know what, somebody is working at those and supporting their family."

Duffy says some of the call center jobs likely have been absorbed into the Rochester economy, which he says generally is fairly resilient.