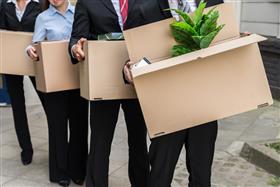 Wallingford, CT, USA, Nov 3, 2016 -- Verizon notified the state Department of Labor this week of a plan to lay off 558 employees from its call centers in Wallingford and Meriden. The company announced in October that it planned to close both call centers and relocate employees to other call centers across the country if possible.

On Wednesday, the company filed WARN notices with the DOL for its Wallingford and Meriden call centers, as required by the Worker Adjustment and Retraining Notification Act. The federal law requires employers with over 100 employees to provide 60 day advance notice of mass layoffs or closings. According to the notices filed Tuesday, both call centers are scheduled to close on March 25. In Wallingford, 499 employees will be impacted, while 59 employees will be impacted in Meriden.

Kim Ancin, a spokeswoman for Verizon, said Tuesday the company is still looking to relocate employees. The layoff notices filed with the state Tuesday are legally required, she said, noting that if a Verizon call center employee in Meriden or Wallingford decides to relocate out of state, they will not be laid off.

"Those employees do have the option to relocate," she said.

Ancin told the Record-Journal in October that Verizon plans to relocate employees to about 15 states, the closest being Delaware. Ancin said Tuesday it’s unclear at this point how many employees have opted to relocate.

"There’s still quite a bit of time for people to make decisions," she said.

Tim Ryan, Wallingford’s economic development specialist, said in October the employment loss is the town’s largest since June 2015, when Bristol-Myers Squibb Co. announced the relocation of up to 800 employees and the elimination of about 100 jobs at its Wallingford facility. It’s unclear what Verizon will do with the call center building in Wallingford. Ryan said he hoped to meet with company officials to find out.