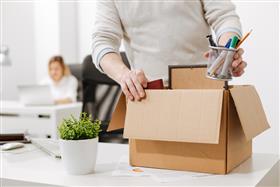 Albuquerque, NM, USA, April 5, 2019 - Verizon Wireless is expected to lay off approximately 257 Albuquerque employees as it transitions from a brick-and-mortar call center to allowing employees the option to work from home.

The New York City-based telecommunications provider filed a Worker Adjustment and Retraining Notification with the state on March 29 with the layoff date scheduled for May 17. Under the federal WARN Act, or the Worker Adjustment and Retraining Notification Act, employers are required to provide notice 60 days in advance of covered plant closings and covered mass layoffs.

In a letter from Verizon to the state obtained by Business First, the company closing operations at the call center and restructuring its resources are reasons for the layoffs.

"These Verizon layoffs are permanent and affected employees will not be subject to recall and will not have any 'bumping' rights," the letter read.

Verizon confirmed it filed the WARN in a statement to Business First.

"This is the final step in the call center transition Verizon previously announced," spokeswoman Jeannine Brew wrote in a statement.

Verizon's Albuquerque call center employed "about 1,000 people," according to Brew back in December 2016. Verizon's call center opened in the fall of 2006, with Verizon investing $30 million in the 197,000-square-foot complex, according to previous Business First reporting.

Business First confirmed the Verizon call center hit the market in September with Albuquerque-based SVN/Walt Arnold Commercial Brokerage Inc. representing the owner. No buyer of the nearly 200,000-square foot space has been announced as of Friday.