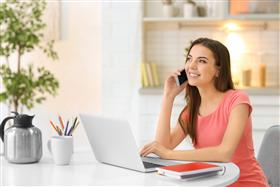 Charleston, SC, Feb, 2018 -- Verizon Wireless will shut its large North Charleston call center by early fall as it shifts over to a home-based business model to be staffed by about 500 workers.

The closing of the Mall Drive service site was announced Wednesday and will be finalized by September, spokeswoman Karen Schultz said.

Affected Verizon employees who choose to work from home will "support customers the same way and with similar tools as if they were working from a traditional brick-and-mortar call center," she said in a statement Thursday.

Verizon promised to hire as many as 1,000 employees. At the time, it was said to be the single-biggest job announcement ever for Charleston County.

Schultz said the company is making the shift to home-based call agents partly on "positive feedback" from Verizon staffers who already have made the leap.

"Those employees report they are very satisfied with the model, so it's an opportunity to provide our employees with more flexibility while meeting the demands of our business and customers," Schultz said.

The company's website shows it has 16 call centers around the country, including two others in South Carolina. Employees at six of those sites are transitioning to home-based workers. Verizon's customer support operations in Columbia and Greenville are not among them, Schultz said.

The North Charleston center includes about 75 employees who don't field inbound calls. They will continue to work from the Mall Drive building until mid-2019, Schultz said.