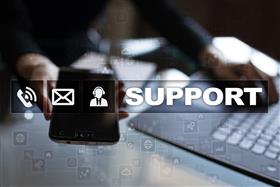 New Delhi, India, June 20, 2017 -- Hardline hindutva outfit, the Vishwa Hindu Parishad (VHP), has objected to a proposal by the National Commission for Minorities (NCM) to start a helpline for minorities in distress.

At its meeting earlier this month, chaired by the newly appointed chairperson Syed Ghayorul Hasn Rizvi, the NCM had decided to expedite the process of setting up the helpline, which could be used by minorities to register complaints against atrocities and communal violence.

The RSS-affiliate has however slammed the decision and dubbed it as one that will "foster separatism".

Surendra Jain, the joint general secretary of the VHP said the NCM's move will strengthen the feelings of separatism in the Muslim community and demanded the setting up of a "majority commission".

The VHP leader said the NCM must answer whether only Muslims in the country are victims of communal violence.

The NCM chief could not be reached for his comment.

In June last year, the hardline outfit demanded an inquiry into the alleged exodus of Hindus from Uttar Pradesh’s Kairana, which they claim has been precipitated by strain between communities. It had blamed the Samajwadi Party, then in power, for "appeasing" the minorities and failing to take action on complaints registered by the Hindus in the area.

Reacting to the NCM’s proposal Jain said, the tone of the decision suggests "that atrocities against the Muslim community has reached such proportions that the extreme step of opening a helpline for the Muslims had to be taken up."

"The events unfolding in the world prove that the rights that the Muslims in Bharat enjoy cannot be matched by even the Muslims of the Islamic states. Despite this, the jihadi elements foment enmity by creating dissatisfaction among the Muslims. The Minority Commission too is only fomenting the same feelings of dissatisfaction by its work thereby strengthening minoritism and separatism," he said.