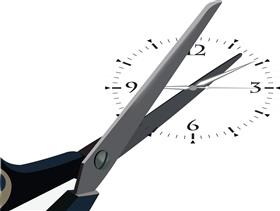 Senior councillors agreed this morning to eliminate all weekend service at the Contact Centre, which handles the bulk of phone enquiries to the council.

It will go from operating 24/7, 365 days year to only running between 8am and 6pm on weekdays.

Two management roles in the centre will go as part of the plans.

Under proposals passed by councillors this morning the Contact Centre will cease all operations at weekends and bank holidays and will instead be open from 8am to 6pm on weekdays.

A report describing the proposals says Liverpool is the only one of the so-called "core cities", the ten largest cities in the UK outside London, to still operate a 24/7 service.

The report says: "As part of the City Council’s avoidable costs and budget savings exercise it was agreed at the City Council budget meeting on 8th March 2017 to revise the Contact Centre opening hours to generate cost savings.

"This is also part of our strategy to enable and encourage citizens to access Council Services for themselves through self-service and automated channels, where it is appropriate to do so."

It says that 87% of calls handled by the centre are taken between the proposed new opening times of 8am-6pm Monday to Friday.

Careline, a 24/7 service solely dedicated to reporting adults at risk, is not affected by any reduction in hours.

Liverpool City Council is the governing body for the city of Liverpool in Merseyside, England. It consists of 90 councillors, three for each of the city's 30 wards.