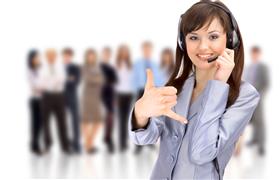 Wellington, New Zealand, Sept 10, 2019 -- Vodafone has announced it will invest in a new team of "well-over 100" New-Zealand based customer service experts, which it has named its "X Squad", after admitting failings in its customer support.

The new employees will handle more complex queries that other agents have been unable to resolve first time.

The commitment comes four months after the New Zealand phone company was bought by Infratil and Canadian investor Brookfield from Britain's Vodafone Group.

Shortly prior to the sale, Vodafone NZ outsourced some of its contact centres in New Zealand and the Philippines to Indian technology company Tech Mahindra.

In July, a Wellington pensioner complained he had been left for 33 days without a home phone and internet connection despite spending six hours on the phone to Vodafone trying to get his issues sorted.

In another recent complaint, a Vodafone customer roaming in Holland, Bill Breukelaar, said he lost business as a result of a recorded message playing in Dutch and English when people called his mobile at night saying his phone was not available.

Breukelaar said he made four calls to Vodafone in New Zealand and another two to Vodafone in Holland to try to sort out the problem, but the issue persisted for four weeks until Stuff contacted Vodafone about it.

"'Things happen' in every business and the larger you get, the harder it is to know everything," Breukelaar said. "But what the problem was is they were not resolving it.

"By the time I walked back into the airport in New Zealand, they had resolved it, but what use is that after four weeks?"

Paris said those were exactly the sort of situations its new investment in customer service was intended to address.

Nearly all the money, which would be spent by the end of March, would go on salaries, he said. "So it is a sizeable New Zealand based team."

The financial commitment would "grow next year as well", he said.

Paris would not disclose how many customer service staff Vodafone had made redundant earlier in the year during its outsourcing move.

But he denied its new investment was an acknowledgment that it had got that restructuring wrong, saying the appointment of Tech Mahindra in part reflected its unhappiness with its previous outsourcing partner.

"It is nothing to do with the operating-model change which was a restructure that happened right across the organisation, admittedly including customer service.

"I can understand the perspective, but it is not 'reversing' – it is genuinely a new team and a new investment in a new area that has never been in place at Vodafone at this level, ever."

Although he hoped people who had worked for Vodafone previously "and who may have been made redundant" would be among those who applied to join its X Squad, it would have different skills-sets, processes and salaries, he said.

"From October, customers with complex enquiries will be escalated to a dedicated team of multi-skilled experts empowered to deliver next-level care for the trickiest of problems. With X Squad, you get dedicated case management, all the way through to a fix," he said.

The team would comprise "selected and skilled New Zealand agents" from Vodafone and its partners Tech Mahindra and call centre company Probe, based in Auckland or Christchurch, he said.

While "the vast majority" of customer enquiries were resolved first time, the complexity of Vodafone's underlying systems meant too many customers had to contact the company multiple times, Paris said.

"While poor service and complex systems are not unique to Vodafone or the telco industry, we know we are not where our customers want us to be in terms of consistently good service quality, especially for difficult enquiries."