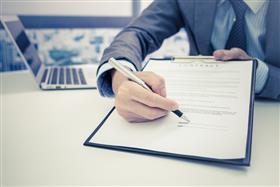 Christchurch, New Zealand, May, 2019 -- Vodafone has extended a Monday deadline for call centre staff to sign contracts with Indian outsourcing company Tech Mahindra, amid a claim from the Unite Union that contracts it had seen were unlawful.

Vodafone spokesman Richard Llewellyn said contracts offered to staff were not unlawful and questioned whether the union had access to up-to-date information, also accusing it of acting in "bad faith".

According to a former Vodafone team leader who took voluntary redundancy last month, Vodafone is preparing to make more than 200 call centre staff redundant in Auckland and Christchurch as part of a wider restructure of the business that will see its workforce drop by more than 400.

But some Christchurch staff, chosen by Vodafone, have been asked to instead take up jobs in the city with Indian company Tech Mahindra which will provide services to Vodafone both from India and within New Zealand.

Vodafone had argued the Tech Mahindra roles were substantially similar to employees' existing roles at Vodafone, which would mean staff who were offered them would not be entitled to redundancy if they refused them, the union said.

But the union said that was not its view.

"Our view is that if you turned down the offer of employment with Tech Mahindra, you would be able to receive redundancy compensation from Vodafone and we would support members in taking this matter further if Vodafone were to claim that the roles are substantially similar," the Unite Union has advised.

Unite said contracts it had seen breached the Employment Relations Act by stipulating employees could be required to work additional hours and different shifts without agreement, and the Holidays Act, and had "vastly reduced" redundancy entitlements.

A contract template dated April 29, obtained by Stuff, stated Tech Mahindra could seek damages, including for "lost profits", and legal fees, against staff who breached the employment agreement "by leaving a project in violation of this agreement".

The contract template does not set out pay rates.

That template also prevented staff from working for a rival or client for three months after their employment with Tech Mahindra ceased.

But Llewellyn said, as far as Vodafone was aware, Unite did not have any members who were involved in the transfer to Tech Mahindra.

"The contract Unite may believe they are talking about may not be what has actually been provided to people by Tech Mahindra," he said.

But he confirmed a delay to the Monday deadline, saying he believed staff would now have until next Friday to sign.

"Some of the people involved had feedback and we are extending the deadline to allow more time for them to consider."

"My understanding is Tech Mahindra has been working very closely with one of the big consultancy firms to make sure the contract is a good one," he said.

The Unite Union had been consulted throughout and had expressed minimal concerns and had cancelled mediation "at the last minute", he said.

"There is been a pattern of disappointing and to be frank bad faith behaviour on behalf of Unite," he said.

Vodafone is restructuring its New Zealand business with the goal of making it more attractive for investors ahead of a proposed partial float of the business on the NZX next year.