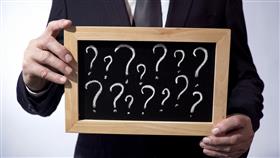 Auckland, New Zealand, April 2, 2019 -- Vodafone has suggested that the net job losses from a major restructure of its New Zealand business will total fewer than 400 but has declined to directly confirm that or to provide the actual number.

The company first confirmed in December that it was planning a major restructure as it seeks to improve its profitability ahead of a planned partial float on the NZX next year.

Industry sources and the Unite union had believed Vodafone would cut its staff numbers – which had totalled about 2700 – by 400 roles as it moved some work to Vodafone "centre of excellence" overseas.

But Vodafone spokesman Richard Llewellyn said "the numbers that have been reported on so far are speculative and overstated".

However, he would not explicitly confirm the job losses were fewer than 400, saying the company did not intend "to go into details of the numbers".

The Unite union said last month that it believed some call centre jobs contracted out to third-party provider Probe would also be moved overseas.

Vodafone completed "initial consultations" with staff last week but some people whose jobs had been disestablished were being considered for new roles, Llewellyn said.

That means that while Vodafone may have a good handle on the net job losses, the number of actual redundancies at the company might not yet be clear.

The number of new jobs at the company could also change "over the next few months", Llewellyn said.

"There is investment intended into growth areas so it will be a moving target."

Llewellyn said there would be a "transition period" as Vodafone moved to the new operating model.

However, it is understood that dozens of staff who opted to take voluntary redundancy already left the business on Friday.

Vodafone is likely to need to report its New Zealand job numbers in any prospectus if its initial public offering proceeds as planned next year.