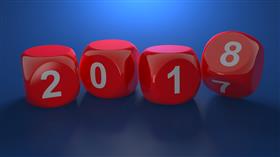 Auckland, New Zealand, July 3, 2017 -- Vodafone NZ has announced that it will be deploying its narrowband Internet of Things (NB-IoT) network early next year across New Zealand.

Vodafone NZ had initially tested NB-IoT networking in September last year in partnership with Nokia, and will next trial the technology with several business customers later in 2017 ahead of a full network rollout in early 2018.

This year's business customer trial will involve software being deployed on several cell sites, as well as the use of Vodafone's networking testing facilities.

According to Vodafone NZ technology director Tony Baird, NB-IoT, with its dedicated bandwidth and licensed spectrum, is the "premium" solution for connecting the tens of millions of IoT devices expected in the next few years.

"[NB-IoT] is supported by over 40 of the world's largest mobile operators, plus many more suppliers and innovators that serve the majority of the global IoT market," Baird said.

ZDNet revealed in May that Vodafone would be launching live NB-IoT networks in New Zealand, Australia, and Germany towards the end of 2017, following the launch of its NB-IoT network across six cities in Spain in January.

The networks in New Zealand and Germany will be nationwide, while Australia's will be rolled out in a state-by-state process beginning in Victoria where it has been running NB-IoT trials with Huawei for the past year, Vodafone told ZDNet.

The carrier is also expanding across rural New Zealand thanks to its acquisition of Farmside, the rural broadband and satellite arm of small carrier TeamTalk.

As a Vodafone NZ mobile virtual network operator (MVNO), Farmside also offers rural broadband services and is one of the resellers of the New Zealand government's Rural Broadband Initiative (RBI).

It uses satellite, ADSL, and wireless technology to provide internet connectivity in regional areas, and has a contact centre in Timaru with over 70 staff members.

Vodafone NZ is also using the second round of the RBI and the government's recently announced mobile blackspots program to provide connectivity across the country.

"Rural New Zealand is a key driver of our country's economic growth and productivity, and for these sectors to remain competitive, they need fast broadband and mobile coverage -- not just in offices, but on farms, in schools, and on the roads," Vodafone NZ CEO Russell Stanners said in April.