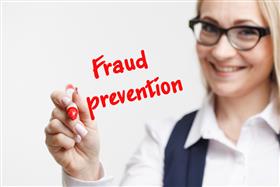 London, UK, May 4, 2021 -- Technology which recognises people’s voices has stopped nearly £249 million of customers’ money from going to telephone fraudsters over the past year, a bank has announced.

But Voice ID works by detecting whether the voice of the caller matches that which is held on file for the customer – thwarting such scam attempts.

The technology checks more than 100 behavioural and physical vocal traits, including the size and shape of someone’s mouth, how fast they talk and how they emphasise words.

It is sensitive enough to tell whether someone is impersonating another person’s voice or playing a recording.

The bank can also check voices on incoming calls against a "library" of known fraudsters.

Customers need to register for the service. Those who have signed up do not need to remember a security number. Once they have entered their account or card number, they just need to use their voice to access their telephone banking account.

HSBC UK said that since the technology was introduced in the UK, more than 43,000 fraudulent phone calls have been identified, with more than £981 million worth of customers’ money protected.

Kerri-Anne Mills, head of contact centre and customer service at HSBC UK, said: "Voice ID has not only made telephone banking more convenient for customers accessing their accounts, but it has also been instrumental in stopping attempts at telephone banking fraud, protecting customers’ money.

"Scammers are sophisticated and it’s a constant challenge to keep ahead of them but this is promising – we’ve seen a 50% drop in reported telephone banking fraud year-on-year.

"We are now enrolling around 14,000 customers in Voice ID each week and the technology continues to be instrumental in the fight against fraud, providing a library of fraudsters’ voice prints to cross-check against new incoming calls."

HSBC UK is encouraging customers with general queries to initially contact the bank via digital chat channels, to help it meet the needs of more vulnerable customers.

HSBC Holdings plc is a public limited company incorporated in England and Wales in 1990, and headquartered in London since 1993.