News : Voya Financial to Lay Off 267 Employees in Jacksonville 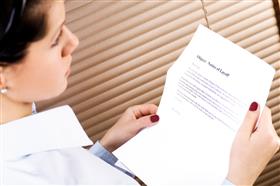 Jacksonville, FL, USA, July 5, 2019 -- Voya Financial notified the state that it will permanently close its Baymeadows site and lay off 267 employees through April 30.

The closing will coincide with Voya’s lease expiration at 8900 Prominence Parkway. Employees will be terminated in phases between Sept. 25 and April 30.

Yoon Kim, vice president of employee relations for Voya in Atlanta, filed a Worker Adjustment Retraining Notification on Tuesday with the state.

The 267 jobs include customer contact center representatives, recordkeepers, and other titles.

The office is in Prominence office park.

Voya Financial communications spokesperson Kris Kagel said Friday in an email that much of the Jacksonville work is moving to the company's new office in the Phoenix area.

Kagel said many employees and managers are relocating and some Jacksonville employees will work from home.

Voya Financial Inc., based in New York, is a Fortune 500 retirement, investment and insurance company.