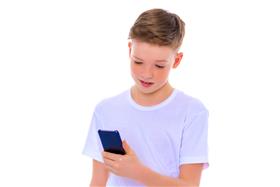 The Kids Helpline Statistical Summary was compiled by charity yourtown and was released on Thursday.

It broke down the amount of calls, messages and emails counsellors received throughout 2017 nationwide, and attempted to pinpoint the major demographics and concerns Australian children expressed when they called.

The report broke down figures state-by-state, and found there were 31,314 attempts made to contact the Kids Helpline in WA in 2017.

Calls, messages and emails from WA kids accounted for about 9 per cent of the nation’s interactions with the service, an 8 per cent rise from last year.

"Suicide is the leading cause of death of children and young people in Australia accounting for more deaths than motor vehicle accidents," she said.

"Accepting this statistic is simply not an option."

"Australia needs a specific youth suicide prevention strategy. This means every state agreeing to a plan to oversee and co-ordinate activity to prevent and treat suicide that recognises children and young people are not just small adults."

The report statistics revealed WA children who called the helpline were more likely to be younger than 13, from a Caucasian background and living in a major city than the rest of the nation.

Girls were more likely to contact the helpline than boys, and the most common reason for contacting the helpline was concerns over mental health.

Kids Helpline is a free, private and confidential, telephone and online counselling service specifically for young people aged between 5 and 25 in Australia. Counsellors respond to more than 6,000 calls each week about issues ranging from relationship breakdown and bullying to sexual abuse, homelessness, suicidal thoughts, and drug and alcohol usage. The service receives more than one millions calls per year.