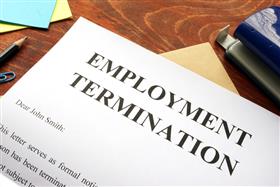 There, the Lehigh Valley bank lowered the boom on her and hundreds of other workers.

Wells Fargo said Tuesday it will close the call center at 1015 Club Ave. in the Lehigh Shopping Center and eliminate about 460 jobs — a move that will nearly halve its local workforce.

The meeting lasted about 45 minutes, Jennings said. Some employees walked out early in tears. Others questioned management for eliminating a high-achieving call center amid a branch-driven account fraud scandal. The employees didn’t anticipate the magnitude of Wells Fargo’s decision.

"So this was a big shock," Jennings said.

Wells Fargo spokesman Jim Baum said the bank plans to provide the state with written notice of the closing on Wednesday. The building is slated to close in 60 days on Dec. 18, but workers were told they will only work for the next 15 days, Baum said.

He said the employees will still be paid for the full 60 days and have access to career-transition resources, which include possible placement at other Wells Fargo locations. The bank employs about 1,000 in the Lehigh Valley, including the call center workers.

"And we’re seeing a decrease in the volume of calls because of an increase in those activities," Baum said.

Back in Bethlehem, Jennings said employees were told the decision had nothing to do with their performance, and the local call center is one of the bank’s best performing sites.

Jennings, 53, said she took the full-time job in July 2016 because of its decent pay and benefits. The Freemansburg woman said she earned a promotion not long after beginning at $13.82 an hour. She recently had a kidney transplant and worries about how she’ll pay for anti-rejection medication if she can’t find another job with health benefits.

"We have a lot of single parents who worry they’ll have to take a minimum-wage job and aren’t sure how they’ll get by," she said. "So much for performance-based job security."

According to Jennings, the company said it needs to cut costs and that the building’s rent is expensive.

Baum said the bank looks at everything when it comes to its properties. "A lease is certainly a consideration in any activity we do," he said, adding the Bethlehem lease was "definitely a consideration."