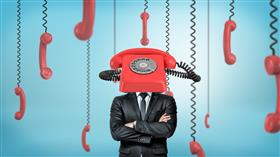 Cardiff, Wales, Aug 1, 2022 -- Staff from the Welsh Ambulance Service's Clinical Contact Centres (CCC) have opened up about their 'horrible' experiences of having to tell people they could be waiting hours for an ambulance in an emergency.

The Welsh Ambulance Service (WAS) has previously stated that it is under 'significant pressure'.

This is a common theme throughout the UK - a survey of more than 1,000 adults found around six out of 10 (61%) people were not confident an ambulance would arrive quickly if they needed one.

The poll, carried out by Ipsos for the PA news agency, also found that nearly two-thirds (64%) of people did not have confidence they would be seen quickly in A&E if they needed emergency care.

At the bi-monthly WAS Board meeting held in Wrexham on Thursday, July 28, members were shown a video which detailed CCC staff's experiences of having to deal with what can often be distressing calls.

This was alongside hearing more about the WAS Trust’s new engagement framework, receiving an update on its Integrated Medium Term Plan and learning about the actions the organisation is taking to mitigate patient harm.

In a video shown to the board - titled 'Impact of current pressures on CCC staff' - two members of staff revealed how they felt about the current situation.

It was described as a 'tiny snapshot that brings to life the reality' of the pressures currently faced by staff.

The first member of staff speaking in the video said: "Even from what it was like during the pandemic, to 2020, it has been getting worse and so that has been harder on all of us.

The Welsh Ambulance Service is an NHS trust and the national ambulance service for Wales.