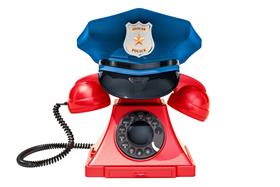 West Yorkshire, England, Jan 7, 2019 -- More than 2,000 emergency calls were handled by West Yorkshire Police's Customer Contact Centre on New Year's Eve - including some from people asking for a lift home.

The force revealed that 2,030 calls were made to the 999 emergency number between 7am on December 31 and 7am on January 1.

This was up by 23 per cent compared with the same day in 2017, meaning an extra 380 emergency number calls. This was despite 97 of these calls being ‘pocket dials’

In the first five hours of New Year’s Day 855 calls were made to the 999 number.

In total the Customer Contact Centre dealt with 4,336 contacts.

The average queue time on New Year's Eve into New Year's Day for people facing an emergency situation was four seconds and no 999 calls were abandoned. The force has not abandoned a 999 call for the past 17 months.

"We have to treat each 999 call as a genuine emergency – so we have to presume that the caller is someone facing a serious situation in their life and needing our help, quickly.

"Our call handlers have to investigate every call – and that includes ‘pocket dials’ and people calling in for a lift home - yes, we really had calls to taxi people home.

"Despite this demand for service our call handlers coped extremely well – they are some of the ‘unsung heroes’ of the force – they are usually the first person someone speaks to when they are facing a terrible time in their life.

"I want to take this opportunity on behalf of the Senior Leadership Team to thank them for their work throughout 2018 – a year which has seen unprecedented demand on the Customer Contact Centre – culminating in a particularly busy New Year’s Eve."

- 116 violence against the person calls