News : What Home Affairs’ Hi-Tech Solutions Will Mean for Tourists 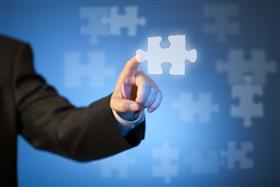 Home Affairs recently launched a new departmental contact centre that will bring immediate resolutions to customers' queries. Travellers who have applied for an unabridged birth certificate can track the progress of their application by quoting their ID number to the operator at the centre, who will be able to see exactly what is delaying the application and when it will be ready.

"Sure, this is a positive development, but I'm not sure how effective it will be for travellers as the process remains the same," says Mark Buck, MD United Europe. "It's like going to a restaurant and knowing you have to wait 20 minutes for your pizza, but now you can get an update from the waiter every five minutes about how long it's still going to take."

"These new developments are simply a distraction from the real issue, which is why are the requirements to produce a UBC even in place?" adds Otto De Vries, CEO of the Association for South African Travel Agents (ASATA).

Says De Vries: "Our position remains unchanged and the expectation is to see the removal of the requirements, as it is not standard practice and can't be proven to deal with the issue of child trafficking."

Theresa Szejwallo, MD Travel Corporation and Trafalgar South Africa, agrees and says that making the process easier and simpler is a small advantage for the South African traveller. However, like De Vries, Szejwallo explains that the truth is that the requirements for unabridged birth certificates remains an important deterrent for travellers to and from South Africa.

"I have travelled extensively over the past few months, and I was at the airport in Cape Town a couple of weeks ago when I personally witnessed a family - a mother and a daughter - being turned away due to not having the correct documentation," says Szejwallo.

She explains that for families travelling from South Africa to Europe for example, the unabridged birth certificate is yet another piece of documentation over and above the visas required.

Says Szejwallo: "I believe there has to be an easier way to protect our children. By putting this process in place, without a doubt, travel has been severely negatively impacted."