News : What Went Wrong with Police 999 Service in Devon and Cornwall 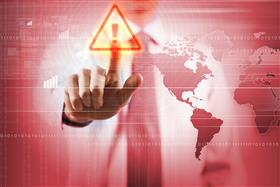 Devon and Cornwall, England, Aug, 2019 -- The region's 999 service suffered a shutdown  due to a technical issue which left calls being diverted to police forces outside of the two counties.

A senior officer has told Plymouth Live that the issue was initially a national matter, affecting all services which use the 999 phone call service. Engineers quickly found a workaround 'patch' which solved the problem.

However, the patch prompted further problems in Devon and Cornwall - predominantly in the Exeter call centre - which resulted in calls having to be transferred outside of the force area where incidents were logged on computer and forwarded back to control rooms in Exeter and Plymouth.

Devon and Cornwall Police alerted the public at around 3pm that it was attempting to fix the issue stating that members of the public should consider whether the matter is an emergency when trying to make contact.

In addition the force announced that officers had "been deployed out on patrol to maximise visibility and reassurance at this time".

A senior officer told Plymouth Live that the patch "took down our system in headquarters" at around 2pm and caused intermittent problems in the Crownhill control centre.

They added that the were no issue with people not getting through to the service as the calls were redirected by other call handlers in outside forces who input the necessary information onto the police computer before feeding it back to Devon and Cornwall Police call handlers.

At just before 4.30pm Devon and Cornwall Police announced their full system was "back up and running" and thanked the public for their patience, adding: "With the support of our neighbouring forces, we were able to continue responding to 999 calls."