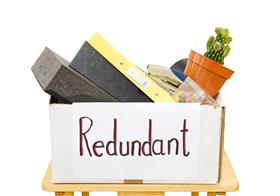 Chippenham, England, June 11, 2020 -- A Chippenham company which was bought out by an American firm less than a year ago says redundancies could be on the table.

Thirty six call centre employees have been told their roles are now being put 'in to consultation'.

Expolink is a whistleblowing hotline service provider for employees or suppliers to report to in confidence if they feel companies they work for have acted unethically or unlawfully.

But the firm, which makes its money enabling ethcial whistleblowers, is being accused of acting unethically.

An unnamed source told the Gazette and Herald that the announcement itself was sent via email and no personal contact was made, adding that employees now hope that Navex can be persuaded to accept a cut in hours so that they can hold onto their livelihood.

Navex says some of the roles might be saved with people being deployed to alternative positions, but details of who and how many job losses there will be won't be made until the end of the consultation period in July.

But the company insists it is not closing the site at Greenways Business Park.

"We are committed to the Chippenham site for the foreseeable future," said MD for Europe, Giles Newman who has been in post for six months.

"While the amount of calls are diminishing this is not the end of our customer's need for call centres.

"We have also hired an extra 17 people here who's roles are more technical and we are very open to suggestions about this during the consultation period and hope we can find an agreeable solution.

"At least 50 percent of our global customer base is in Europe. As the UK is leaving Europe, we must build our centres in Europe."

Expolink was taken over by US compliance software giant Navex in June 2019 to expand the company's UK footprint, adding the Chippenham site to an operation in West London.

The US firm is beginning to migrate the 750 or so Expolink customers it acquired in the transaction to its own automated software system.

At the time of the acquisition, Bob Conlin, President & CEO of NAVEX Global said that demand for automated risk and compliance technology had increased considerably in the UK and Europe in recent years.

Today's Tip of the Day - Understand The Team