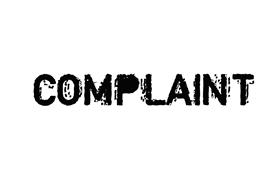 Aimed to address crimes against women, State Level Woman Crime Helpline -1090 was started in the year 2013 was operated from state headquarter levels and successfully solved 105222 complaints in the period of five years said ADG (Crime against Woman) Aruna Mohan Rao. The helpline helped in solving heinous crimes like rape, domestic violence, child marriage, kidnapping and others.

After receiving the issue over phone concerned police stations are informed for prompt action and in cases if the issues could be resolved through counseling they are resolved by mutual consent.

The helpline also acts as medium to return home of escaped children and women and provide shelter during the process.

Students of colleges and schools are provided with counseling through student helpline.

In the year 2017 the helpline 1090 proved helpful in solving important cases of crime against women and girls and emerged as thier protector.

The state woman crime helpline 1090 has helped in several cases by cordinating wiht the concerned police station and with prompt action and investigation they met justice. The process would continue in furture to address problems of the women and girls.