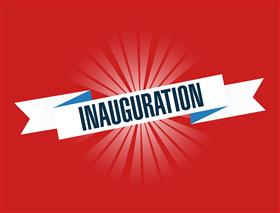 The ceremony was held with the active collaboration of Lahore Transport Company, Aurat Foundation and UN women. Women Development Department (WDD) Secretary Ms Bushra Aman said that WDD has initiated public service awareness messages to stop harassment of women at public places. She said that according to PPC 509, whoever intends to harass/insult the modesty of any woman, utters any word, makes any sound or gesture, or exhibits any object, intending that such word or sound shall be heard, or that such gesture or object shall be seen, by such woman, or intrudes upon the privacy of such woman shall be punished with imprisonment which may extend to three years or fine up to 500,000 or both.

She impressed upon the media and civil society to help raise public awareness of providing a congenial atmosphere to the womenfolk in practical life as they are half of the population and the role of womenfolk is very important for national development. Women can register their online complaints through the website of www.wdd.punjab.gov.pk, helpline of Punjab Commission on the Status of Women, phone number 042-111-582-111 of Lahore Transport Company, 15 helplines of Punjab Police and by using the application of Punjab Safe City Authority, she added.