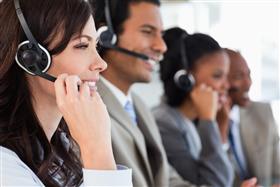 Chennai, India, March, 2019 -- With the allocation of nearly 13 crore to the State government from the Nirbhaya Fund, the Department of Social Welfare and Nutritious Meal Programme will be upgrading the women’s emergency 181 helpline with more staff and rescue vans shortly.

The round-the-clock toll-free helpline, functioning from the Amma call centre in Ambattur, was launched by Tamil Nadu Chief Minister Edappadi K. Palaniswami in December 2018. Since then, it has received over 69,000 calls from women across the State.

Close to 13 crore will be provided to the Department of Social Welfare and Nutritious Meal Programme under the ‘Emergency Helpline and App Services’ category. As of now, the call centre has nine call responders, working in three shifts.

"We will be adding another 12, including three for backup. We need more manpower as nearly 20% of the calls drop," said an official from the Social Welfare Department. Besides, six staff will be appointed to follow up on important calls that are received at the centre.
Rescue vehicle

Once a woman calls the helpline, the staff will refer her to the appropriate agency like police, hospital, ambulance services or the District Legal Services Authority. As on date, the Department relies on the police or ambulance service to reach the caller immediately and then take her to the hospital.

"We will be getting our own vehicle with a driver and a counsellor. We are yet to decide on the number of vehicles. Besides, a team will be formed to monitor the functioning of the call centre," added the official.

On an average, the centre receives at least 900 calls a day. Most of the calls are from Chennai, followed by Coimbatore and Tiruvallur districts. They are mostly about domestic violence, property disputes and alcoholism of family members. "There were also calls seeking information about various government schemes," said an official from the Social Welfare Department.