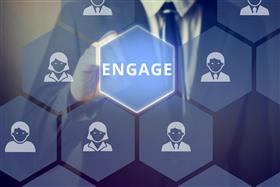 The CEG will meet for the first time early next year.

McCombie, who has "vast experience" as an independent consumer expert, was most recently a member of Welsh Water’s customer challenge group for PR19.

He has previously been a member of the Climate Change Commission for Wales and the Welsh transport minister’s low carbon vehicle steering group and was chair of the existing homes network for Wales.

Speaking of his appointment McCombie said: "I am thrilled to have been appointed to lead the CEG at a time of radical transformation within the energy sector, as distribution network operators become distribution system operators.

"The CEG will fulfil a vital role to ensure customers are placed at the heart of WPD’s plans for the future and that actions and decisions made by the company are truly positioned to deliver the long-term interests of consumers.

"We will work hand-in-glove with the industry regulator Ofgem to provide them with essential, independent oversight and assurances throughout."

The CEG will scrutinise WPD’s next business plan for the regulatory period RIIO-ED2 which covers 2023 to 2028.

It will have the ability to challenge WPD on, amongst other things, its priorities, proposed outputs and expenditure; approach to sustainability, resilience and innovation; its transition to become a distribution system operator; stakeholder engagement processes; and support for vulnerable customers.

Its key output is to produce an independent report for industry regulator Ofgem that will sit alongside WPD’s business plan and outline areas of agreement and disagreement.

Phil Swift who became chief executive of WPD earlier this month following the death of Robert Symons, said: "We are delighted that Duncan has been appointed as chair of the independent CEG.

"This new forum will play a crucial role in scrutinising our future plans on behalf of consumers at a critical and exciting time for WPD and the wider industry.

"Duncan brings a huge passion for driving the best outcomes for customers. He has an extensive track record of directly and independently representing the interests of consumers across both the energy and water sectors.

"As current chief executive at a fuel poverty community interest company, his experience will be invaluable as we build a CEG with a wide range of expert members who can help to robustly challenge our conclusions and ensure the voice of the customer remains at the heart of our decision making."