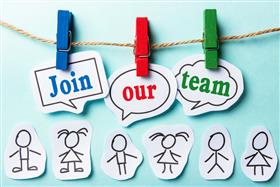 Saint John, New Brunswick, Canada, July 27, 2018 -- Premier Brian Gallant credits both a high-quality, dedicated workforce and a multinational company with a commitment to growing its operations here for Thursday’s announcement that the province will support the creation of more than 100 new jobs at Wyndham Hotels & Resorts’ business services centre in Saint John.

When Gallant arrived at the centre Thursday morning he was approached by many employees who told him about how long they’d worked there.

Wyndham says it will create up to 109 new jobs over the next three years, which means that the Saint John centre will eventually employ nearly 750 people.

The provincial government will support the creation of these jobs by providing an investment of up to $575,000 from Opportunities NB. The investment will be in the form of payroll rebates, which are performance-based and only given to a company once it has met the criteria set out in its agreement.

Wyndham will receive a payroll rebate annually, based on the percentage of the salary of every job filled that meets the conditions outlined in the agreement.

It is estimated that creating 109 jobs would contribute $15.3 million in direct GDP for the province over three years and generate $770,000 in provincial income taxes over the same period.

Gallant said New Brunswick’s workforce has created the conditions for investment in the business services sector.

"When we go around North America and the globe trying to attract investment and jobs to the province one of the first considerations for any business that is here already or that we’re trying to convince to start up here will be what is your workforce like," said Gallant.

"So if we are able to make this announcement of new jobs for the region here at Wyndham it’s because of the workers that are in this room and the many others that have contributed to a strong workforce that is ensuring that Wyndham offers great services to its clients."

Kevin Dunne, senior vice-president, Global Contacts Centers for the company, said the community support has been critical to the long-term success of the company here.

"Wyndham has a really rich history here," said Dunne. "We arrived 23 years ago and have become intertwined in the community over time. It’s because of the community support we receive and give in return that Wyndham Hotels and Resorts Saint John contact centre has become such an integral part of our company.

"Our Saint John community is home to one of the most engaged and talented workforces in New Brunswick, and thanks to our strong partnership with the Government of New Brunswick and Opportunities NB, we are able to meet the growing needs of our team."

"The work done here in Saint John helps fuel our growth," said Dunne. "We’ve got ambitious plans to continue that growth … We open two hotels every day, seven days a week, introducing nine brands to 21 new markets in 2017 alone. That’s why we rely so heavily on the high calibre of talent here in Saint John."

The Saint John centre is located in a Commercial Properties building on Union Street. It will undergo a 16,000-square-foot expansion to accommodate the continued growth in the company’s workforce.