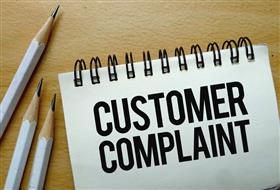 The centre was inaugurated by Haryana Education Minister Kanwar Pal Gujjar in the presence of Yamunanagar MLA Ghanshyam Dass Arora, Mayor Madan Chauhan and Municipal Commissioner Dharmveer Singh on Monday, but it was made functional on Tuesday. As many as 165 complaints were received on the first day.

"All type of complaints such as by telephone, website, email and in person will be registered on the single system and those will be resolved by the respective branches," said MC Commissioner Dharmveer Singh. He said that the toll free number of this complaint centre is 95-95-130-130. He added that this facility would be provided from 6 am to 10 pm from Monday to Saturday.

"This facility will not be provided on Sunday and government holidays," said the MC Commissioner. He further said that the complainant would receive the complaint number by SMS on the mobile phone so that he could track his complaints.

"This complaint management system is an initiative in Haryana taken by Municipal Corporation, Yamunanagar-Jagadhri. The system will work on call-centre methodology," said Dharmveer Singh.