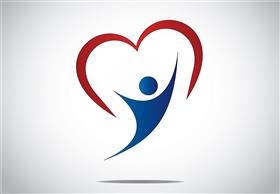 The mobile app has been developed exclusively for the young people of Puducherry in partnership with Amigo One.

According to TYCL, Puducherry has a suicide rate which is three times higher than the national average. According to the recent National Crime Record Bureau 2018 Report, Puducherry secured second top place in the rate of suicide in India.

The same report reveals that more than 50% of the victims were in the age group of 14-35 years, and this trend has been holding almost for a decade.

In 2014, in response to this public health crisis, TYCL launched the Puducherry Youth Helpline, a virtual crisis helpline which offers a variety of services to address the root causes of suicide.

Services are currently available from Monday to Saturday, 10 a.m. to 7 p.m.

In addition to this, for every suicide, there are 8 to 10 repeated suicide attempts. These figures present a massive loss to society.

Young people are losing their productive years of life, and the magnitude of youth suicide is a pressing public health concern.

Through the newly launched mobile app, the plan is to reach about 5 lakh youths in Puducherry in 2020.