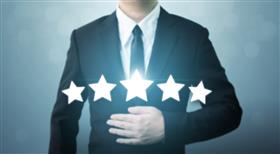 An Executive Breakfast meeting has been penciled for the 4th of October 2017 in the capital to present the 2016 National Customer Satisfaction Index report according to a nationwide survey conducted by CICM in partnership with Select Research. This will be the main highlight of the Customer Service Week, an international event celebrated world- wide (Zimbabwe included) during the first full week of October under the theme "Building Trust". The research findings will showcase all the sectors in the Zimbabwean Industry and how individual companies are rated against others as we gear towards the 6th edition of the Service Excellence Awards (SEA) hosted by Contact Centre Association of Zimbabwe (CCAZ) and CICM. The Awards have earned global recognition as CICM also hosts the same awards in different countries across Africa. Other highlights of the breakfast meeting program include new board elections for CCAZ.

Prior to the introduction of the Zimbabwe Customer Satisfaction Index (ZimCSI), the country had no measure of quality from the perspective of the customer. According to its developers, the index will also measure the quality of economic output as a complement to traditional measures of the quantity of economic output. CICM chief executive officer, Ricky Harris said the index will be the country's scientific standard of customer satisfaction.

"This annual survey will set the baseline for industry data. Our aim is to have these country survey reports in all English speaking countries in Africa. We will also include all sectors going forward."

This basically means that the majority of local customers are happy with the services that they are receiving from their current service providers.

Ricky Harris said the ZimCSI - an independent national benchmark of customer satisfaction of the quality of products and services - will benefit multiple players both public and private sector within the local economy, as well as foreign investors eyeing the country's markets.

"Zimbabwean companies can use the ZimCSI as a tool to optimize customer satisfaction, which in turn drives customer loyalty and thereby corporate profitability. The Index also is used for competitive and cross-industry benchmarking.

"It's also critical for foreign investors who need to understand the relationship between a company's current condition and its future capacity to produce wealth. In capitalistic free markets, sellers that do well by their customers are rewarded by more business from buyers and more capital from investors," he said.

"The ZimCSI will also benefit Government, which needs to know how best to encourage economic growth and living standards for its citizens."

About Chartered Institute of Customer Management:

a globally recognised customer service and call centre training organisation with students in 14 countries. We are headed in the United Kingdom and have our regional offices for Africa based in South Africa. We strive for customer service excellence and efficient call centre management. We aim to offer the highest standard of professionalism in all aspects of customer service globally through offering accredited call centre and customer service certification. Besides offering various academic and certification programmes, CICM publishes the monthly journal “The Customer” which is distributed globally with contributions from leading international industry thought leaders, academic and research institutions. We believe in building quality partnerships and use our operational expertise to create value for our members, partners, stakeholders and industries at large. Each year CICM rewards leading organisations and individuals excelling in customer services in Africa through its prestigious Services Excellence Awards

Contact Centre Association Of Zimbabwe (CCAZ) is a non-profit making national body focused on uniting the Zimbabwe contact centre/customer service industry, its people and growing its standards to global excellence by being the first point of contact in Zimbabwe.