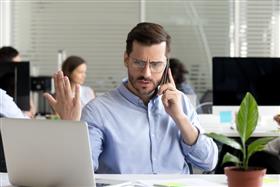 Chandigarh, India, Feb 8, 2019 -- The residents of Zirakpur who already are harassed a lot because of regular power outages have another problem to deal with — the electricity complaints helpline. Lately, this power helpline (1912) has been connecting to Haryana, say residents.

"There was no power here in the morning, so I called up the only helpline-cum-complaint number I had (1912) and it got connected to Haryana’s electricity complaint centre. I tried repeatedly on the number, but to no avail," said Simran Dhaliwal, a resident of Defence Colony, Baltana, Zirakpur.

Rishab Kalra, who also lives in the same colony, said, "It is an everyday story here, especially from the last two weeks. There are day-long power outages and on the top it, you can’t even complaint to the right department. Last week, my friends were at my house and during a power cut we all tried calling from different numbers and none of us could connect to the Punjab’s complaint helpline."

"There are too many power cuts these days. If this is the case in winter, I wonder what will happen when summer comes," said a concerned VIP road resident, Anshika Sharma.

When asked about the technical glitch, executive engineer N S Rangi said, "Zirakpur is on the border of the state which is why the helpline number connects to Haryana electricity board sometimes. 1912 is the common complaints number in all the states which causes the problem. Punjab State Power Corporation Limited has already provided an alternate number."