Industry Research : Banks, Healthcare Providers, and Government Remain Most Trusted by Consumers, Despite Lack of Transparency 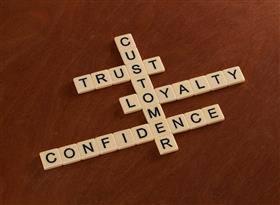 Highly regulated organizations earn the most trust from consumers regarding protection of their personal data, according to a new opinion survey on data personalization, privacy and trust sponsored by Genesys(R), a global provider in cloud customer experience and contact center solutions. Overall, the organizations that consumers trust most with their data are banks (48%), healthcare providers (40%), and government agencies (39%). The survey gathered responses from 5,000 adults in six countries: Australia, Germany, Japan, New Zealand, the United Kingdom (U.K.) and the United States (U.S.).

Ironically, the companies that consumers trust the least are also the ones whose primary purpose is sharing data. Social media companies ranked highest on the "least trustworthy" list, identified by an average of 48% of survey respondents across the six countries. This is followed by cryptocurrency providers and smart-home device companies, tied at 23%.

Privacy issues around third-party accumulation and use of personal data have come to the forefront of consumer concerns in recent years. This is due to many well-publicized lapses in data security management, a frequent lack of transparency in the corporate communications around breaches as well as opaque and sometimes unethical practices on how and with whom data is shared.

The survey results show that 91% of consumers are concerned that companies might abuse their personal data, with 32% expressing themselves as "very concerned." In fact, nearly half (46%) of respondents say they are "more concerned" today about misuse of their private data than they were five years ago.

"Personalized experience is the key to improving customer satisfaction, but to do it successfully requires access to data, which consumers are increasingly fearful of sharing for privacy reasons," said Janelle Dieken, senior vice president for solutions and product marketing at Genesys. "The COVID-19 pandemic has put a new emphasis on consumer trust, especially in relationships with government entities, financial institutions, healthcare providers, and the retail and hospitality industries. Our survey results tell us there is an opportunity for these organizations to improve trust, especially across generational age groups, if they want to grow long-term customer loyalty."

From a list of 15 options, survey participants were asked to select up to three organizations or institutions they trust the most with their personal data. They were then asked the reverse question, to choose the three industries they trust the least.

Generation gap. There's a noticeable difference across generations as to what constitutes a trustworthy organization versus an untrustworthy one. The top three industries — banks, healthcare, government — all see their impression of trustworthiness drop steadily across the age groups. While 59% of Boomers tapped financial service vendors as most-trusted, only 35% of Gen Z feels that way. And government agencies only get a "most trustworthy" designation from 27% of Gen Z, compared to 47% of Boomers.

Insurers vary. Insurance agencies handle sensitive data in order to process claims, so it's not surprising that consumers rank them fairly highly for trustworthiness — but there is a definite distinction as to the type of insurance provider. Nearly a quarter (24%) consider health insurance companies among their top three industries on the trust scale, with even higher marks in Germany (47%) and the U.S. (29%) compared to a low of 11% in the U.K. However, home and auto insurers do not fare as well, with only 11% of respondents on the multi-country survey choosing them among the most trustworthy organizations.

E-commerce triumphs. The results of the survey are sometimes rather surprising, with online-only retailers ranking more highly for trustworthiness, at 10% globally, than did those that also have a brick-and-mortar presence (6%). Rather oddly, when the question was posed as to whom the survey participants trusted least with their data, online retailers still ranked more highly at 19%, compared to retailers overall at 17%. The opinions were fairly consistent across gender and generational lines.

Government gains. People living in suburban areas rank government agencies more highly for trust (42%) than city dwellers (34%). However, it's no surprise that trust in government varies by country. Whereas 52% of Australians and New Zealanders consider government agencies among the most trustworthy of organizations (just below banks and other financial services providers), only 25% of the German survey cohort feels that way.

Below are some additional highlights from the survey conducted in the U.S.:

Survey participants in the U.S. most trust the same three organizations as the multinational survey pool, but there is a difference in who they selected as least trustworthy: social media companies (47%), rideshare and personal transportation providers (23%), and smart-home technology companies tied with online and brick-and-mortar retailers (both at 21%).

U.S. women drove rideshare and personal transportation providers into the top three most untrustworthy industries, at 28% versus 18% for men. Distrust is similar across age groups.

U.S. healthcare providers may rank highly overall in terms of trust, but they have an opportunity to improve their reputation with Gen Z (34%) to keep up with Boomers (52%).

Although both U.S. men and women consider government agencies among their top three most-trusted institutions for protecting personal data, more women (34%) ranked it highly than men (25%).

48% of U.S. survey participants chose banks or other financial services providers as the organizations they trust most but surprisingly, wealthier Americans (over $100,000 income) have somewhat less trust (44%) than people earning between $50,000 and $100,000 (52%). They are also more trusted by people living in suburbs (51%) and rural areas (50%) than in urban areas (42%). Trust drops across generations, with Boomer Americans expressing considerably more trust (59%) that banks will protect their personal data than Gen Z (34%).

Research Methodology:
The online survey was conducted by Wakefield Research in early April 2020. Participants were 5,000 adults ages 18+, balanced by gender, in the following markets: 1,000 in the U.S., and 800 each in Australia, Germany, Japan, New Zealand, and the U.K. The margin of error for the multi-country audience is +/- 1.4 percentage points at the 95% confidence level.

Genesys® powers 25 billion of the world’s best customer experiences each year. Our success comes from connecting employee and customer conversations on any channel, every day. Over 10,000 companies in 100+ countries trust our #1 customer experience platform to drive great business outcomes and create lasting relationships. Combining the best of technology and human ingenuity, we build solutions that mirror natural communication and work the way you think. Our industry-leading solutions foster true omnichannel engagement, performing equally well across all channels, on-premise and in the cloud. Experience communication as it should be: fluid, instinctive and profoundly empowering.