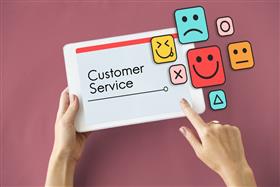 The UK is lagging behind other countries in making it easy for customers to interact digitally, but banks are well ahead of other verticals, according to new research.

A new global research report has been compiled by contact centre technology provider Avaya which has been tracking the changing customer attitudes when interacting with large organisations since 2010. The latest research polled 8,000 consumers across the UK, Australia, France, Germany, Italy, Saudi Arabia, Singapore, South Africa, the UAE. The report details the latest trends amongst consumers and how they are reacting to the growing use of AI, chatbots and virtual agents.

Avaya found that nearly three-quarters (73%) of UK consumers have expressed frustration at how difficult it is, when interacting with an organisation, to switch from one means of communication to another without having to start the process over again. This is an increase in dissatisfaction of 11% since 2015 and it outpaces the frustration felt by global consumers, showing that the UK lags the world in satisfaction with customer experience in this area.

Of all sectors, banks are leading the race to improve their customer service – nearly a third of global consumers said banks and payment providers (collectively 29%) most exceeded their customer service expectations, beating out supermarkets (10%) and utilities (5%). This is perhaps, said Avaya, due to the fact that technology has become the primary battlefield of differentiation in the banking world.

"Our research reveals a number of instances of UK and German consumers showing more conservatism in embracing the latest technology when compared with their global counterparts," said Marcus Hickman, Co-Founder at Davies Hickman Partners which conducted the research. "For example, two-thirds of UK consumers like the idea of using voice analytics or biometrics, with their voice acting like a fingerprint to authenticate them. But this lags behind international demand from nearly three-quarters of global consumers. And perhaps most tellingly, the majority of UK consumers say they wouldn’t use video chat unless they had brushed their hair, so privacy and self-consciousness is clearly a consideration too."

"Today’s report reveals consumers’ growing demand for ‘superserve’ organisations – those that go above and beyond typical levels of service to anticipate and act upon customer requests," said Ioan MacRae, UK&I Managing Director at Avaya. "Superservice is becoming a key demand among UK consumers. We have conducted this research biennially since 2010, and this year’s results shows that customers will remain loyal to organisations that provide outstanding customer service across every channel and make communication easy."