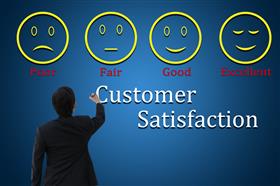 While overall customer satisfaction with Canada’s large and midsize banks increases slightly this year, the banks are losing some appeal with customers under the age of 40, according to the J.D. Power 2019 Canada Retail Banking Satisfaction Study,SM released today.

"The findings highlight a key battleground for banks," said Paul McAdam, Senior Director of Banking Intelligence at J.D. Power. "Younger and digital-centric customers are vital to future business growth, but younger customers are more likely to receive inconsistent service levels. Banks have invested heavily in convenience, in digitizing transactions and in making products easier to use. Service quality, however, is not keeping pace in omni-channel interactions. Banks that don’t address the gaps in service expectations are at an increased risk of client departures."

According to the study, younger customers are three times more likely to switch banks than older customers. During the past year, 9% of bank customers under the age of 40 say they have switched banks, compared with 3% of those age 40 and older.

Following are additional key findings of the 2019 study:

- Products and fees deliver: Year over year, overall customer satisfaction with bank products and fees has increased significantly, driven by improved satisfaction with the reasonableness of fees and the competitiveness of interest rates on chequing and savings accounts. Customers cite reduced incidences of paying fees, and customer understanding of bank fee structures improves from 2018.

- Frequent communication appreciation: Another category showing an increase in satisfaction is communication and advice. Communications improves between banks and their customers—especially in terms of relevancy and frequency.

- Telephone service declines: Satisfaction with live representative telephone service declines due to lower ratings for the speed of completing transactions and the knowledge of phone representatives. Customers also cite higher incidences of being placed on hold as well as lower incidences of phone reps providing their name and greeting customers by name.

The study measures customer satisfaction with Canada’s large and midsize banks. The scores reflect satisfaction of the entire retail banking customer pool of these banks, representing a broader group of customers than in just the branch-dependent and digital-centric segments.

Among midsize banks, Tangerine ranks highest for an eighth consecutive year, with a score of 827. ATB Financial (815) ranks second and Desjardins (803) ranks third.