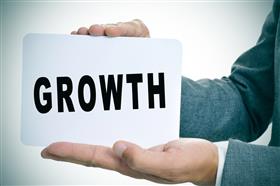 The various policy initiatives that have been taken including the relaxation of Other Service Provider (OSP) regulations and telecom sector reforms would significantly increase job creation and catapult the IT services sector to the next level of growth, as per the Economic Survey.

The Economic Survey 2021-22, which was tabled in Parliament on Monday, noted that the IT-BPM sector revenues (excluding e-commerce) reached USD 194 billion during 2020-21, up 2.26 per cent year-on-year. Over the last year, a number of policy initiatives have been undertaken to drive innovation and technology adoption in the sector, including relaxation of Other Service Provider regulations, Telecom Sector Reforms and Consumer Protection (E-commerce) Rules, 2020, the Survey said.

"This would significantly expand access to talent, increase job creation, and catapult the sector to the next level of growth and innovation," it added. The document noted that IT and IT-enabled service companies carrying out services like telemedicine, e-commerce, call centre, network operation centre and other IT-enabled Services - by using telecom resources provided by Authorised Telecom Service Providers - were required to be registered as OSPs and comply with the "onerous obligations" of the OSP Regulations.

"This reform will provide a big stimulus for growth of IT-BPO industry in India and help in creating more income and employment," the Survey said.

Citing a survey by industry body Nasscom, the Survey said a majority of participants had stated that the OSP reforms have helped reduce compliance burden, and a section expects the OSP reforms to help generate new employment, reduce the cost of doing business in India, and increase competitiveness globally. During 2020-21, the Information Technology-Business Process Management (IT-BPM) sector revenues (excluding e-commerce) reached USD 194 billion, growing by 2.26 per cent year-on-year, adding 1.38 lakh employees, as per Nasscom's provisional estimates.

"During H1 2021-22, services exports grew by 21.6 per cent, deriving strength from global demand for software and IT services exports. India's share in world commercial services exports increased to 4.1 per cent in 2020," the Survey said. Within the IT-BPM sector, IT services constitute the majority share, which has been consistent over the last many years. The share of Software and Engineering services in the IT-BPM sector, which was consistently growing each year, saw a slight decline to 20.78 per cent in 2020-21, the Survey said. Share of BPM services remained at 19.8 per cent, while that of Hardware services slightly improved to 8.3 per cent.

Of the total USD 149.1 billion exports, Banking, Financial services and Insurance (BFSI) contributed USD 61.4 billion (over 41 per cent), while Hi-tech/Telecom and Manufacturing services contributed USD 26.3 billion and USD 24.3 billion, accounting for share of 17.65 per cent and 16.28 per cent, respectively.

All the three sub-sectors witnessed a marginal increase in export revenues in 2020-21 y-o-y, with BFSI growing by 3 per cent, Hi-tech/Telecom services by 2 per cent and Manufacturing services by 1 per cent, the Survey said