Industry Research : ISG Index: EMEA Sourcing Up 10% in 2019 as Businesses Seek to Reduce Costs Amid Uncertainty 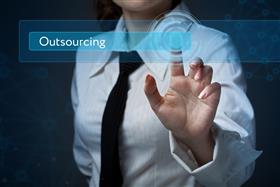 The value of outsourcing contracts in the EMEA region rose 10 percent in 2019 as businesses sought to counter economic uncertainty by reducing costs and investing in digital solutions, according to the latest state-of-the-industry report from Information Services Group (ISG) (Nasdaq: III), a global technology research and advisory firm.

The EMEA ISG Index™, which measures commercial outsourcing contracts with annual contract value (ACV) of €5 million or more, shows combined market ACV (including both as-a-service and managed services) in EMEA reached €17.1 billion in 2019, fueled by a notably strong second half. Managed services ACV, at €10.7 billion, rose 8 percent compared with the prior year, while as-a-service values set a new high of €6.4 billion, an increase of 13 percent. As-a-service accounted for 37 percent of the EMEA market in 2019.

ACV in both Software-as-a-Service (SaaS) and Infrastructure-as-a-Service (IaaS) both hit record levels in 2019. The SaaS market climbed 13 percent with broad adoption of SaaS solutions across the region while the IaaS market grew 12 percent.

"The macroeconomic headwinds blowing across Europe have resulted in an acceleration, rather than a slowing, of the pace of digital change in the region," said Steve Hall, president of ISG. "Digital has become the default position for enterprises in today’s technology-driven world. Enterprises are exploring options for cost savings and reinvesting those gains in technologies that will enable them to transform their customer experience and compete with upstart disruptors."

Combined market ACV in the U.K. and Ireland rose 13 percent in 2019, reaching €5.5 billion, its best year since 2012. Despite ongoing uncertainty over Brexit, clients are considering larger IT investments and focusing on digital transformation and the use of technology to drive productivity and improve customer experience.

Managed services ACV was up 15 percent, to €3.3 billion, versus 2018. ITO values slipped 4 percent as gains in infrastructure awards were not enough to offset weakness in application development and maintenance (ADM) transactions. BPO ACV climbed markedly, up more than 50 percent, owing to strength in facilities management and industry-specific BPO.

As-a-service ACV exceeded €2 billion for the second year in a row and now accounts for 40 percent of the combined market in the U.K. and Ireland. Both SaaS and IaaS reached new highs. SaaS rose 8 percent and IaaS 10 percent over 2018 totals.

Combined market ACV of €4.7 billion in DACH was down 1 percent in 2019 in the face of economic unease, especially in the manufacturing and energy sectors. Despite the slight drop in ACV, 2019 was DACH’s second-best-ever performance as clients align their managed services strategies and digital investments.

DACH saw the highest growth in as-a-service contract value of all the major European markets, up 22 percent in 2019, to €1.8 billion. As-a-service now comprises 38 percent of the combined market. With increases of 22 percent in both SaaS and IaaS, clients are continuing to move toward hybrid and multi-cloud environments.

Managed services ACV in DACH dropped 11 percent, to €2.9 billion, as the number of contract awards fell to its lowest level since 2015. ITO ACV fell 25 percent on poor results in ADM and infrastructure. BPO ACV of €668M was significantly ahead of prior years, boosted by an increase in multi-function transactions and facilities management.

Combined market ACV in the Nordics set a record in 2019, rising 15 percent year-on-year to reach €2.1 billion. The growth was supported by gains in both managed services and as-a-service values.

Managed services ACV rose 17 percent, to €1.4 billion, with strength in ADM transactions and infrastructure driving growth. BPO, though a smaller market, grew 20 percent due to strength across most functional areas.

As-a-service ACV, up 12 percent, reached an all-time high of €735 million, and now accounts for 35 percent of ACV in the Nordics’ combined market, up from 21 percent just three years ago.

Combined Market ACV in France reached €1.3 billion, an increase of 15 percent over 2018 and its best result in the past five years. Growth was fueled by increases in both managed services and as-a-service ACV.

Managed services ACV reached its highest point in five years, up 23 percent, to €920 million. Robust contracting activity led to a record number of awards, up 38 percent from 2018. ITO increased 34 percent for the period, lifted by infrastructure, which surged 47 percent, and applications, which grew 25 percent. The smaller BPO market declined 20 percent on softness in facilities management and R&D outsourcing.

As-a-service ACV in France reached €406 million, slightly ahead of 2018 totals and accounting for 31 percent of the combined market ACV. SaaS rose 6 percent, while IaaS slipped 1 percent.

Despite travel-related bankruptcies in Europe, the travel and transport sector saw 12 percent growth in managed services contract value in 2019. Travel firms are rationalizing their services and focusing on cost reduction. As-a-service contracts were up 15 percent as digital technologies make collaboration across multiple industry participants more dynamic and push firms to adopt a customer-focused mindset.

Manufacturing growth soared in the U.K. and Ireland, up 72 percent, but declined in DACH and France, down 16 percent and 12 percent, respectively. As-a-service contacts grew 10 percent across EMEA in 2019, as companies leverage new technology and digitization in smart manufacturing, Internet of Things, and mobile and digital platforms.

Financial services combined market ACV rose 14 percent in 2019 as banks look to transform customer experience and digitize services. Growth was registered in all the major European markets, except DACH where values dropped 19 percent.

ISG Plc is an international construction services company delivering fit out, construction and a range of specialist services, with 31 offices worldwide. The company works with owners, developers and occupiers in the public and private sector for an extensive range of industries. ISG Plc was established in 1989 and has been quoted on AIM since 1998. Today the company has a turnover of around £1.3 billion.