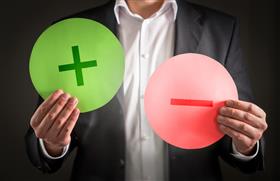 Moscow has 8.7 million internet shoppers, and one in two of them buys goods online every month. This is the conclusion reached by analysts from Moscow’s Department of Information Technology and AliExpress. A study of the key trends in the development of online retail has shown that user numbers for online stores, including foreign stores, in the Russian capital are growing.

According to a survey of residents of the Russian capital over the age of 18, the number of people who have begun ordering goods from abroad alongside traditional shopping in Russian internet stores has risen by 9%. These shoppers now account for 51% of the total, while those who prefer Russian retailers only account for around 46%. 3% of Muscovites – mainly young people aged 18 -25 - choose foreign stores exclusively, which is 50% more than a year ago.

The key factors currently attracting people to online retail, including foreign retailers, are the wide range of goods, convenient service and low prices. Plus, of course, the considerable time saving.

The Chinese provider AliExpress has won a high level of popularity amongst Muscovites. More than 80% of shoppers take advantage of its free delivery to Russia via the Russian Post, while more expensive goods are delivered by courier services for additional fee.

"Muscovites are actively using all online services, be it financial services, taxi hailing or online shopping," explains Eduard Lysenko, Head of Moscow’s Department of Information Technology. Amongst other things, this is because Moscow is a leader in 4G internet availability and the city has created one or the biggest citywide Wi-Fi networks in the world."

Despite the major advantages of online shopping, 37% of shoppers periodically encounter certain difficulties. More than half of them noted that delivery times are longer in both foreign and Russian stores. In addition, of the respondents who have encountered problems, 36% say that packages have gone missing in the post, 19% have received damaged goods and 17% have been cheated: their orders were never delivered and the money was not refunded. It should be noted that 63% of those surveyed had never had any problems with their online purchases.

The experts have analysed the work of the 200 biggest internet stores in Moscow, as well as retail platforms such as AliExpress an Tmall, and found that the dialogue with customers is conducted primarily via electronic channels of communication. Almost all retail platforms have profiles in the social media, websites adapted for mobile devices and sales staff who communicate with customers via messengers. In addition, it has become easier to pay – using a bank card online, a digital wallet or contactless services. And in the case of foreign stores, the amount to be paid is converted automatically at the bank’s exchange rate.

On top of all this, the major online retailers have begun applying "smart" technologies to promote their goods on the market and optimise their operations. Artificial Intelligence is helping to predict demand for products, communicate with customers without human intervention, automatically describe goods and optimise logistics. Blockchain technologies are enabling the creation of "smart" contracts with suppliers and tracking of information on their goods during delivery. Robots and drones are optimising the work of warehouses and being used to deliver orders. The Internet of Things is tracking quantities of goods in stores and warehouses. There are also virtual reality and 3D printing technologies which can be used to select clothing sizes online and reduce product manufacturing times.

About Moscow's IT Department:
The Department of Information Technologies of Moscow (DIT) has been rapidly developing and actively growing for the past 5 years. During these years we have created over a thousand systems and services and we are pursuing the target of launching around 300 new projects annually.