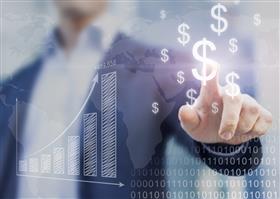 CallMiner, a platform provider of speech and customer engagement analytics, released the 2020 CallMiner Churn Index for the insurance sector. It reveals that UK Insurance companies are driving customers away when they would rather stay loyal. And it’s costing them £5.04 billion per annum.

CallMiner surveyed 2,000 UK adults that contacted a provider over the past 12 months to understand what makes them stay loyal or switch. The results, including comparisons with results from 2018, can be found in the full Churn Index report. Three additional reports have been produced for banking, utilities and, insurance organisations.

The top findings for the insurance sector are:

- Churn rate has remained stable – moving the sector from 2nd place in 2018 to 5th place in 2020: Despite increased encouragement to switch, insurance is the only sector that didn’t experience a significant increase in churn according to survey respondents (24.4% in 2018 vs. 24.2% in 2020).

- Insurance is heading for a rise in switching: Despite the small decline in switching last year, the insurance sector is the third highest sector for ‘planned’ churn – up 19% from 2018 to 22.5%.

- Emotions & fair treatment play an increasingly larger role: Although price is still the leading driver of churn, it declined in importance by 15% since 2018. Emotional factors, such as feeling fairly treated and being rewarded for loyalty, increased in importance to be the top three of four reasons to switch providers.

- Customers report insurance sector as worst for fair treatment & recognising vulnerability: Compared to other sectors, insurance came highest for customers feeling unfairly treated, not being rewarded for contract renewal and discounts offered to new customers not being automatically applied to existing accounts. Insurance companies were also reported worse than their counterparts at recognising vulnerable customers, with less than half (49.2%) of customers saying they were good at it.

"There has definitely been some improvement in the last two years within the industry, but it’s time for many insurance providers to review their strategy if they want to reduce the significant cost of churn," said Frank Sherlock, VP of International at CallMiner "The new default approach needs to include investment in a combination of super-agents (who are empathetic problem solvers) and automated channels that create loyal, satisfied customers. This will reduce unplanned churn, improve customer loyalty and increase the bottom-line."

CallMiner is a provider of enterprise speech analytics. CallMiner believes that resolution is the fundamental driver of positive customer experiences. With the tagline “Listen to Your Customers, Improve Your Business” our goal is to help companies automate the overwhelming process of extracting insight from phone calls, chats, emails and social media to dramatically improve customer service and sales, reduce the cost of service delivery, mitigate risk, and identify areas for process and product improvement. Highlighted by multiple customer achievement awards, including six Speech Technology awards in the past four years, CallMiner has consistently ranked number one in customer satisfaction, including surveys conducted by DMG Consulting and Ovum.