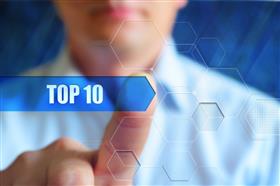 Onholdwith.com, the website that scans Twitter for real-time complaints about being put on hold, released its annual list of hold-time offenders. The website, launched by Fonolo, collected over 165,000 posts containing the phrase "on hold with" from Twitter, a platform customers use as a forum for complaint when they are put on hold by call centers. The study confirms that:

a) customers are increasingly turning to social media to publicly out companies for poor customer service handling; and

b) a benchmark of this poor service is placing a customer on hold.

The data, collected over a 12-month period, revealed that customers phoning into call centers most frequently report waiting on hold with companies from the telecommunications, airline, and financial industries. Other industries, such as travel, retail, and shipping, were also identified in this report. The study also revealed the industries with the most significant hold-time offenders:

According to the 2018 American Customer Satisfaction Index (ACSI) Telecommunications Report, customer satisfaction with call centers remains a ‘low point’ for the telecommunications industry and, like in the case of subscription television services, continues to decline: "Like all telecom industries, call centers are the worst part of the customer experience." And, specifically for wireless service providers, "contacting customer service by phone is the principal pain point for customers."

"Onholdwith.com highlights how dramatically a poor call center experience can negatively impact a company’s brand," said Jason Bigue, Chief Operating Officer, Fonolo. "Even with all of the support channels offered by the modern contact center, voice remains the single most important channel for resolving customer complaints. For companies that value customer loyalty, it’s imperative that they avoid putting callers on hold."

Fonolo provides call-back solutions for the call center. Replace hold time with a call-back, regardless of the channel - web, mobile and phone.