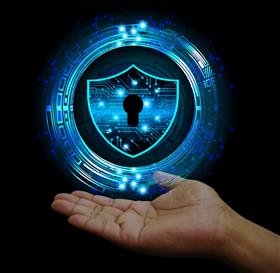 As we approach the busy Boxing Day and January sales, a survey of 2,000 online shoppers in the UK, commissioned by PCI Pal, found that shoppers are more concerned about prices, speed and cost of deliveries or being able to find specific products over and above security of their personal data.

The survey found that the price of goods came out on top, with 40% of those aged 45-54 years old ranking this as their top priority compared to 28% of those aged 65 and over, showing that those in their retirement years are a little less sensitive to price.

Online security was ranked fifth overall, with just 6% of those aged 35-44 and 8% of those aged 18-34 ranking it as their top priority suggesting security is not seen as one of the top considerations when making online purchases.

Instead, deliveries came out as the second and third highest requirements – with cost of delivery in second place and speed of delivery highlighted as the third most important requirement when shopping online.

Interestingly 25% of those located in the North East stated the speed of delivery as their top concern, compared to just 8% saying the same in the East Midlands, showing there are some regional differences.

Being able to access the specific ‘must have’ product came out as the fourth most popular choice, with 21% of those aged between 35-44 years old placing this as their ‘number one’ consideration.

Looking at regions, just under a quarter (23%) of people living in London cited this as their most important requirement when shopping online.

Reputation of retailer fell below security, with only 3% of those aged between 18-34 suggesting reputation as their top priority before they decide to make an online purchase.

PCI Pal’s CISO, Geoff Forsyth said, "What is clear is that selling online – at any time of the year – is a challenge – and there are many factors involved in making a transaction a successful one in the eye of the consumer.

"It is worrying however to see that consumers are more concerned about the speed of delivery for example over the security of their personal data, particularly during this busy sales shopping period."

Other interesting findings raised in the research include:

• Just 8% of consumers said they would return to shopping in-store instead of continuing shopping via digital channels, after COVID-19;

• Of those shoppers choosing different retailers than usual (765 out of 2002), 48% said their reason for this is a perceived lack of security or privacy, while a third said it was due to a poor website experience or performance issues;

• Londoners are the most likely to say they plan to continue shopping via digital channels even after COVID-19 is over (89% vs a national average of 79%).

• A significant 74% of UK consumers surveyed say that if they were aware that an organisation had been the subject of a data breach or hack in the last 12-months, they wouldn’t shop with them this festive season.

• When asked which shopping channel they believe to be the least secure, 40% said social media apps, followed by 18% who stated online;

• 18-35s are the most likely to say they are more concerned about the way their data is being handled, given the recent uptick in cyberattacks and fraud during Covid-19 (84% vs a national average of 72%)

• When looking at regions, Londoners are the most likely to say they are more concerned with the way their data is handled amid the pandemic (84% vs a national average of 72%)

• Respondents earning an annual income of £100,000 or more are the most likely to say that if they were aware that a brand had been the subject of a data breach or hack in the last 12 months, they wouldn’t shop with them this festive season (85% vs a national average of 74%).

Research Methodology: An online survey was conducted by Atomik Research among 2,002 adults aged 18-65 in the UK. Atomik Research is an independent creative market research agency that employs MRS-certified researchers and abides to MRS code.

PCI-PAL is simple, easy to use and highly secure. It has been developed by contact centre specialists for the contact centre market and allows your agents to take payments without ever hearing, seeing or touching sensitive payment card data. When it comes to PCI DSS compliance, PCI-PAL were pioneers in the contact centre space and are in our third year of level 1 compliance to the standard. Our business has been contact centre payments for many years, with a long history in payments for business through both contact centre and fully automated. From experience we know how hard and expensive this is, so our aim is to make it as easy as possible for you to become compliant for all of your telephone transactions.