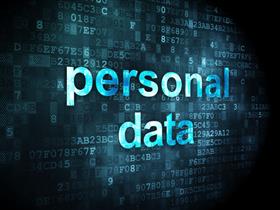 A recent multi-country survey on Consumer Trust by technology provider Genesys(R) unearthed the unique regional sentiment of Australian and New Zealand (ANZ) customers towards the use of their personal data. When and how data is used by organisations ultimately determines if consumers are willing to share their details, however, ANZ respondents had the highest level of awareness (more than 80%) that their personal data is being shared with various platforms.

We say who, we say when, we say how much

Though Australian and New Zealand customers had many similar views with other countries surveyed (USA, UK, Japan & Germany), their reluctance to share data with social media sites and apps differed greatly. Both New Zealand and Australians are "aware, but do not like" that the use of games and quizzes on social media sites such as Facebook gives automatic access to one’s data; there was a 27% difference between the most concerned (New Zealand at 57%) and least concerned (Japan at 30%).

Knowing the value of data

While Australian and New Zealand consumers are often grouped together in behaviour and motivation, the Genesys survey showed they differ in how they value their personal data. Australian respondents place a high premium on privacy, with 44% acknowledging they expect services to take longer and be costlier due to their value of privacy. Whereas, New Zealand respondents value saving money more, with 43% signing up for discounts and freebies, knowing companies probably are sharing their personal data with partners.

New Zealand respondents stood out from the rest of the markets in being the least keen (23%) for businesses to share their information with partners who offer similar or related products or services which might interest them without their permission.

In the event of data being misused or used without consent, 46% of Australians believe monetary compensation would prove a company truly understands the annoyance and risk they caused whereas, 46% of New Zealanders believe a public apology would demonstrate a company’s understanding.

Concerned, but not deterred.

In line with the global average, 91% of Australians and New Zealanders are concerned companies are "abusing" their data and approximately half have become increasingly more concerned over the past 5 years.

In response, more than half of ANZ respondents admit to taking active steps to prevent companies from tracking their online behaviour such as disabling cookies, and 65% in both countries make an effort to read privacy statements "sometimes" or "all the time".

Despite concerns, just over half of Australian and New Zealand respondents agree they would continue doing business with an organisation who had accidentally leaked their data.

Zadro is an integrated communications and marketing agency providing services in strategy, marketing, public relations and design. Zadro have a highly experienced team who will become an extension of your business, supporting you during your marketing and communications journey.

Today's Tip of the Day - Using Suppliers – Be Safe, Not Sorry!