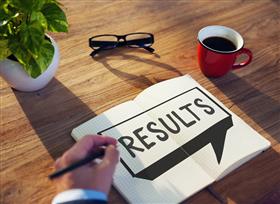 transcosmos inc. and Atrae, Inc. (Headquarters: Tokyo, Japan; President & CEO: Yoshihide Arai) have conducted a joint study "Joint Study on Relationship between Engagement and Productivity and Effect of Promotion on Levels of Engagement." The joint study revealed a correlation between engagement and productivity that implies a causal relationship between the two. The study also confirmed that promotion increases the levels of engagement of the promoted employee.

The study was conducted on Digital Experience Division, Digital Marketing·E-Commerce·Contact Center (DEC) Headquarters of transcosmos, covering diverse job categories from managers, directors, designers to engineers. To investigate the results of preceding studies that were conducted overseas, the study applied an engagement scoring service by Atrae called "wevox (*)" which is proven to have criterion validity for predicting the Utrecht Work Engagement Scale developed by professors at Utrecht University, the Netherlands.

Objective: Analyze relationship between engagement and productivity and effects of promotion on the level of engagement

The results showed that year-over-year sales growth in the fourth quarter of fiscal year 2019 increased by c.12.5% at an increase of every 10 points in wevox engagement scores of managerial employees, revealing a correlation between the two factors (p=.0014<.01**).

Despite that the study could not prove a clear causal relationship between the two, a significant correlation (p=.011<.05*) was confirmed between the two factors during the time periods prior to the fourth quarter of fiscal year 2019.

These results imply that an increase in engagement scores leads to higher productivity.

The study was conducted on "teams," including advertising operations and system development, where employees from diverse job categories need to collaborate to achieve results. This means, this joint study validated a long-held assumption that work engagement relates to productivity particularly in knowledge work where teamwork is critical.

In the group of employees who were promoted in 2019, two of the five engagement factors, namely, "treatment" and "empathy towards organization" increased significantly (p<.001***). In addition, scores of all remaining three factors, "enthusiasm for work," "teamwork" and "healthy workplace" slightly increased. The results revealed that promotion is effective in preventing employee turnover and is expected to have a slight impact on increasing productivity.

This study provides valuable data, revealing a link between work engagement and objectively evaluated productivity. Since the results do not show the link between the two on an individual basis, the results should be interpreted with caution, yet this is a very important study which can serve as a reference to consider future initiatives.

Today, there are various scales that are used to measure and deliver work-style reform such as "increase in productivity" and "reduction in turnover rate." However, there have been no clear ways to improve nor accurately quantify the measured scores using such scales, posing a challenge for businesses to utilize the scales.

Today's Tip of the Day - Promote Hands On

Maintaining multi-channel customer support via phone, fax, web and email can be a heavy burden for a company to bear. In addition to maintaining a high quality support system that takes advantage of transcosmos' 40 years of experience in various industries and business models, we can contribute to your company by promoting rapid automation and cost reductions. Further, by adding features such as outbound calling that expands sales, we aim for major positive innovations for your marketing strategy.