Industry Research : Why You're Still Stuck on Hold: Vital Industry Grappling with Mass Resignations as Workers Struggling to Survive 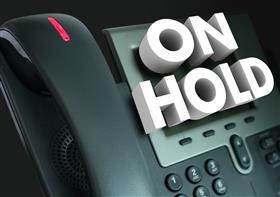 Australia's cost of living crisis is hitting call centre workers hard, with a third of them threatening to quit in search of higher pay.

An Australian Services Union (ASU) survey of private sector call centre workers found 70 per cent felt financially 'worse' or 'much worse off' than a year ago, prompting the union to warn 'thousands could leave'.

Australia's Passport Office, albeit a government organisation, has also been in the firing line this year due to staff shortages leaving thousands of desperate Aussies on hold for hours and without their travel documents.

The pay struggles threaten to kick off a mass exodus in the sector, with 30 per cent of staff saying they are ready to leave their jobs in search of higher pay.

The survey of Australian Services Union (ASU) call centre workers also included receptionists and administrative assistants, and was commissioned by the union.

'The call centre workforce is growing, but these jobs aren't paying the bills.'

The survey found that 61 per cent of call centre workers said it was getting harder to cover the basics such as groceries.

This led to 11 per cent of respondents having to skip meals or pawn possessions to supplement their income.

Another 30 per cent of respondents said they had foregone health care in the past year because of cost.

By contrast only seven per cent said they were living comfortably off their current income.

'The result of this wage crisis is families going without essentials like food and health care, workers selling their possessions to get by,' Ms Gaske said.

'If nothing changes, we will see businesses suffer too as thousands leave their employers.'

The average salary of a call centre worker in Australia is $59,502 per year or just over $30 per hour, according to the website talent.com.

The majority of people responding to the ASU survey were earning between $500 and $1499 per week, before tax.

According to the Australian Bureau of Statistics, inflation has outpaced wages growth for six consecutive quarters for the first time since the late 1990s.

Qantas has been dogged by call centre delays for months with the national carrier finding itself in the spotlight when international borders opened in November last year.

Frustrated Qantas passengers continue to take to social media under the hashtag #qantasfail to complain of long waits or not being able to get through at all.

'Hey @Qantas instead of airing these feel-good ads, how about you spend that money on employing some staff to answer phone calls and emails and look after your long-suffering customers? Would love to get a resolution to my problems from two months ago. Thanks. #qantasfail,' Twitter user Sandy Horne wrote on Tuesday.

'@Qantas still no response from you as to where my luggage is. This is day 3. #qantasfail #qantas,' wrote another on Monday.

After the Easter holidays resulted in travel chaos the Australian Services Union in April called on Qantas to add at least 50 staff to its Hobart call centre.

However, the airline denied the Hobart centre, which is for premium and frequent flyer calls only, was understaffed.

CEO Alan Joyce issued a public apology but denied the centre was understaffed.

'I do apologise for anybody trying to get through to our call centre at the moment,' Qantas CEO Alan Joyce said last month.

'And every time there's a change, like New Zealand opening up, it spikes.'

Mr Joyce said call centres were the 'only area' where the airline didn't cut staff during Covid but still promised the centres would have triple the capacity they had during the Covid period by the middle of this year.